Japan plans on transforming the area around Shinagawa station into a global hub, further connecting Tokyo to the international scene of business and innovation. The Connecticut-based architecture firm Pickard Chilton recently completed the masterplan and concept design for the area's redevelopment into the Global Gateway Shinagawa, an innovative urban environment. 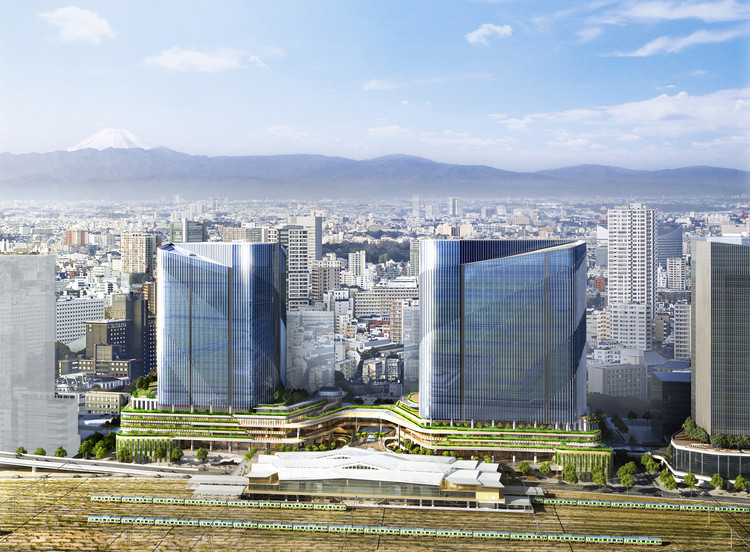 With its proximity to the Haneda airport and the future Maglev line, Shinagawa station is the established gateway to Tokyo metropolis, being one of the busiest in the city. The area already benefits from special legislation catering to a global community, and the municipality has plans to further consolidate its importance to Japan and Tokyo. The masterplan developed by the East Japan Railway Company targets the redevelopment of the northern portion of Shinagawa Station, not only as a business district but as an attractive living place for internationals. Pickard Chilton is collaborating with the Shinagawa Development Project (Phase 1) Design Joint Venture, comprised of JR East Design Corporation, JR East Consultants Company, Nihon Sekkei, Inc., and Nikken Sekkei, Ltd., who serve as the executive architects, landscape architects and engineers for the project. The masterplan's initial phase is expected to be finalized by 2024.

Pickard Chilton's masterplan is designed as an attractor point for international businesses and as a catalyst for the development of an innovative community. The project is organized along a 1.6km site, creating an archipelago of architectural objects and diverse public spaces. Showcasing a unified architectural expression, the development will carefully integrate the new Takanawa Gateway Station, designed by Kengo Kuma & Associates.

The seven proposed buildings, which will provide office, retail and residential spaces, as well as cultural venues, are connected by a landscaped pedestrian promenade, marked by a series of public spaces and plazas. The architecture firm is also designing Block IV within the development, for which the construction is already underway. The mixed-use project includes offices, a hotel, conference areas and retail spaces. The program is organized within two towers connected by a seven-story podium.

Pickard Chilton is an award-winning architecture practice with extensive work in the realm of corporate headquarters and high-rise architecture, as well as academic and health care facilities. The firm is currently working on a second project in Tokyo, the Y2 Building, a mixed-use high-rise development. 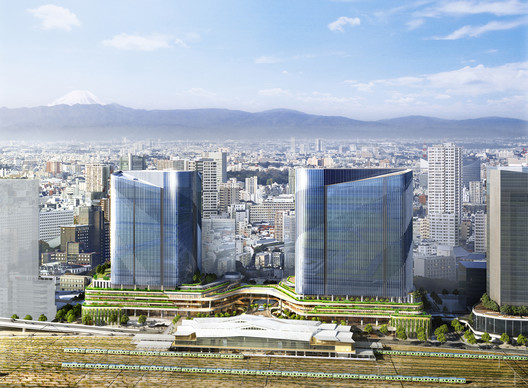