Citymakers and Karres en Brands have tied for first place in the competition to reimagine Saratov's City Center in Russia. From Park Pobedy, Ostrov Zeleny and Pokrovskie Peski Island to the development of the former Saratov Tsentralny airport and Glebuchev Ovrag, the teams will design a series of new spaces throughout the city. 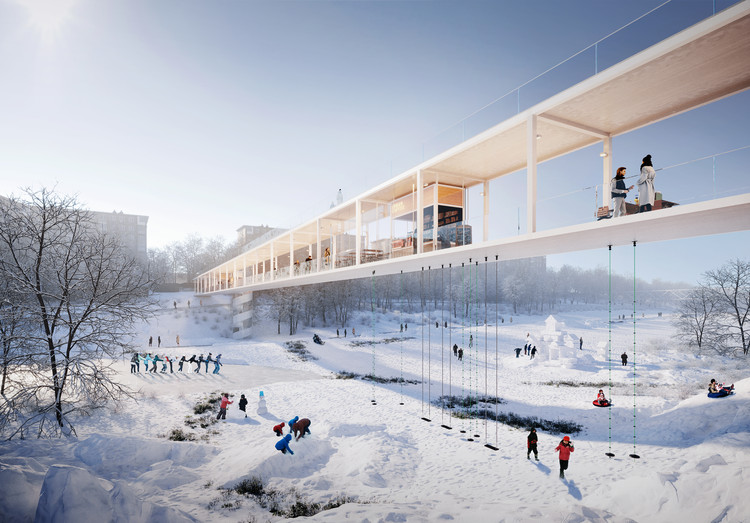 As the organizers note, the Park Pobedy will become the urban city park embracing the history of the Volga region. Ostrov Zeleny will provide visitors with a wide range of activities such as enjoying picturesque views, water sports, local seafood and camping. Pokrovskie Peski island will become a place for creative activities with panoramic route across sand dunes and ponds, observation decks and thematic zones.

The second winning team led by Karres en Brands brought together Mandaworks design studio and Kosmos architects. They will be involved in the development of the former Saratov Tsentralny airport and Glebuchev Ovrag. The former airport will be transformed into a new urban center. Airstrips will be turned into walk-in boulevards while nearby green areas would be merged together forming a park circle. Glebuchev Ovrag will include pedestrian bridges that will become the major points of the area connecting public zones and services. Each of them will account for various functions such as a vertical garden or observation deck.

A trilateral contribution agreement between the Saratov city government, the DOM.RF Foundation, and the Sozidanie civic initiatives foundation was signed to develop the designs for these sites in line with the winning concepts. More information about the competition is available on the competition website. 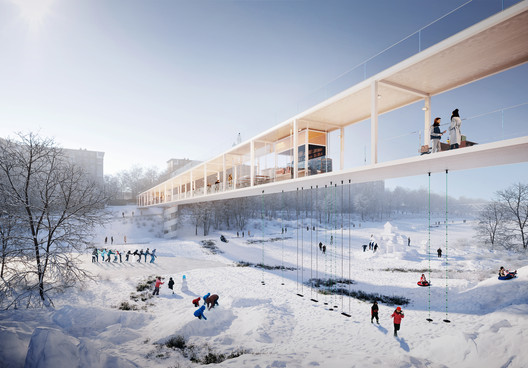