Melike Altınışık Architects - MAA has just revealed more details and interior images of Istanbul's futuristic 369 meter-tall TV and Radio Tower. Photographed by London-based architectural photography studio NAARO, the new landmark structure has started its main telecommunication functions in November 2020. It is expected to open its doors to public use in late spring 2021. 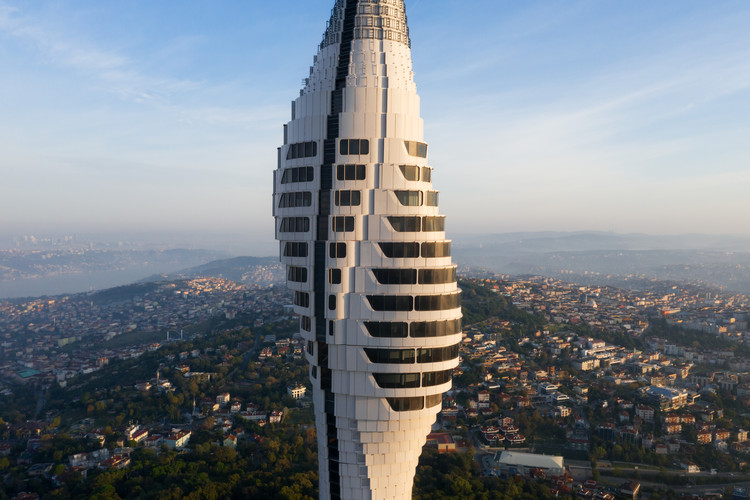 Designed by MAA, an international architecture practice based in Istanbul and Seoul, work on the telecommunication tower has been on-going since 2015. The project will house a two-story 360 view restaurant and observation deck overlooking views of the city, with a public foyer, café, exhibition, and mediatic areas inside the entrance podium. Set to open to the public in late spring 2021, the interior spaces were developed in order to cater to this new experience including futuristic design characters.

“The main purpose is to create surprising encounters by establishing strong relationships with where it is located, using light, nature, and spatial spaces; so that it may change people’s perspective, and courage them think differently”, explains the team at MAA.

“Seeking a sense of motion and rhythm within its silhouette”, the structure is perceived differently from diverse viewpoints in the Turkish capital. A reflection of its nature, the tower takes on an organic form, not familiar within the urban fabric of Istanbul. Moreover, the main design decisions are dictated by the wind’s direction, the local topography, and the sceneries. 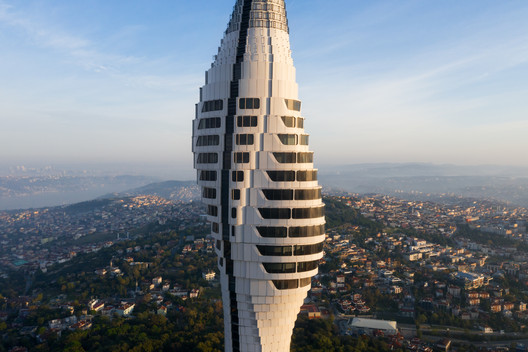