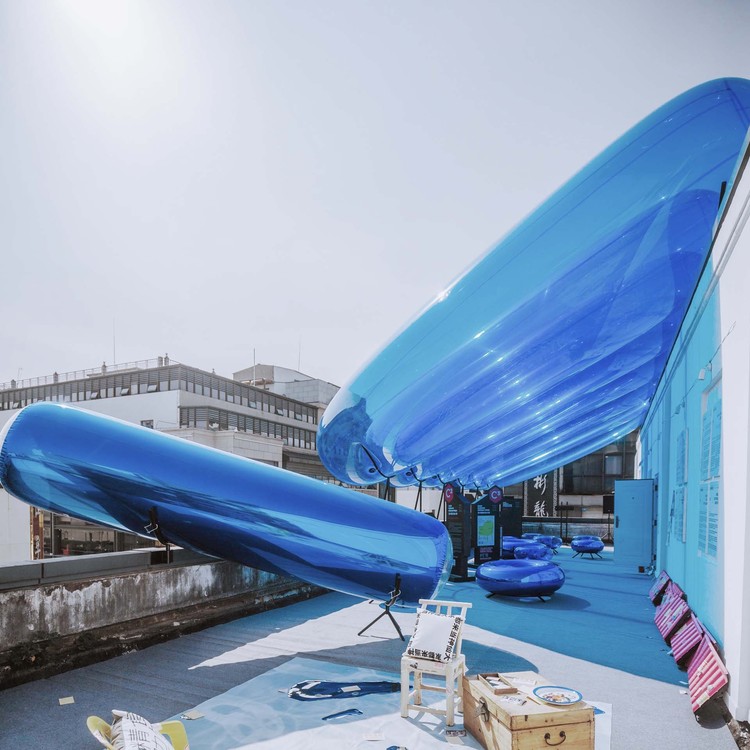 Text description provided by the architects. The Tricolor Trilogy series is a series of pavilions created to activate under-utilized urban public spaces. Originally designed for Suzhou International Design Week, the designs were created to respond to the local urban conditions in the historic Guanqian commercial district. The trio of pavilions titledAccordion Arcade, Blue Sky Blues and Orbital Oasis were each created to address a site-specific situation ranging from a lack of shelter to a lack of seating and resting places. At the same time, the pavilions were designed to serve as a flexible solution and the Accordion Arcade was subsequently presented at the Go! Design Community Festival in Shekou, Shenzhen.

Accordion Arcade. The Accordion Arcade is an evolution of the People’s Canopy, an earlier design by People’s Architecture Office. It is architecture for events and architecture as events. They are retractable arcades that can be wheeled around a city and expanded over the length of entire streets, linking disconnected public space, and creating space for shelter and events.

The arched canopies allude to the curved walkways of Suzhou’s famous classical gardens, which through their small and intricate space design have a great impact on the garden experience. At the same time, the Arcade celebrates the importance of the arcade in the history of urban street life.

The Accordion Arcade is divided into four sections, together forming Suzhou Design Week’s acronym SUDW when so configured and viewed from above. Thus, activating the streetscape of Guanqian Street while also highlighting this important cultural event for the city.

Blue Sky Blues. The Blue Sky Blues are situated on a roof terrace along Suzhou’s Guanqian Street. Through a group of blue transparent inflatables, a light and airy roof is formed over the terrace. The installation highlights China’s continued quest for more blue sky days throughout the country as it tackles air pollution, giving shape to this shared ambition.

The sheltered space serves as a venue for parties, conferences and other events. The terrace area is also dotted with custom-made inflatable furniture, providing a playful seating arrangement as well as a restful place to sit and enjoy the view.

Orbital Oasis. The Orbital Oasis forms a temporary stage and space for retreat amidst the bustle of Suzhou’s historic commercial district.

The modular platform, and the circular walkway formed by intersecting arches covered with a green semi-transparent canopy, wraps around a group of six small trees, part of the existing plaza, providing both an open and introspective colorful space. Under the circular walkway, light passes through the green film, creating a diffused atmosphere that changes the usual perception of Suzhou’s streetscape.

The Orbital Oasis serves as a venue for performances, gatherings and activities, as well as a place to stop and rest under the trees. 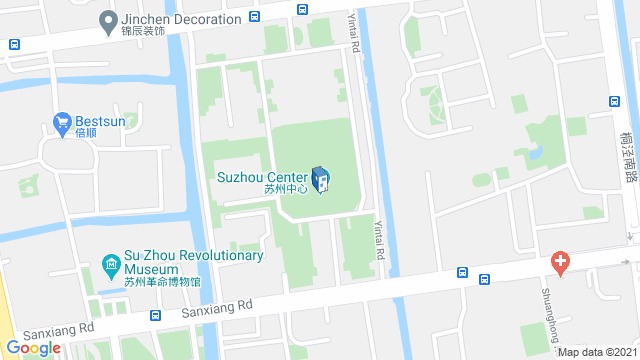 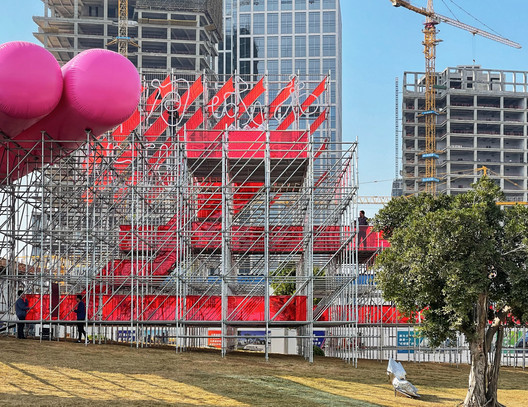 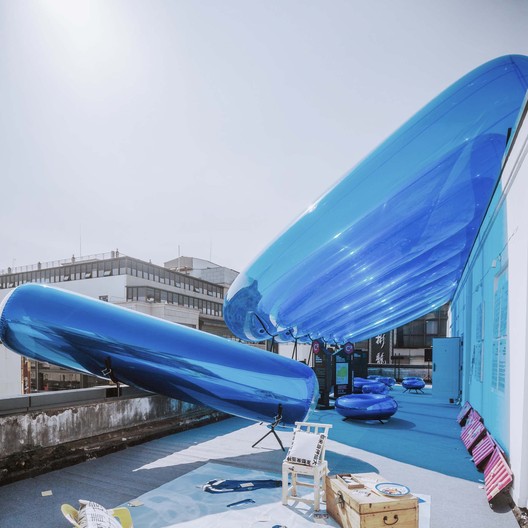