Save
Sira House / FOR Arquitectura 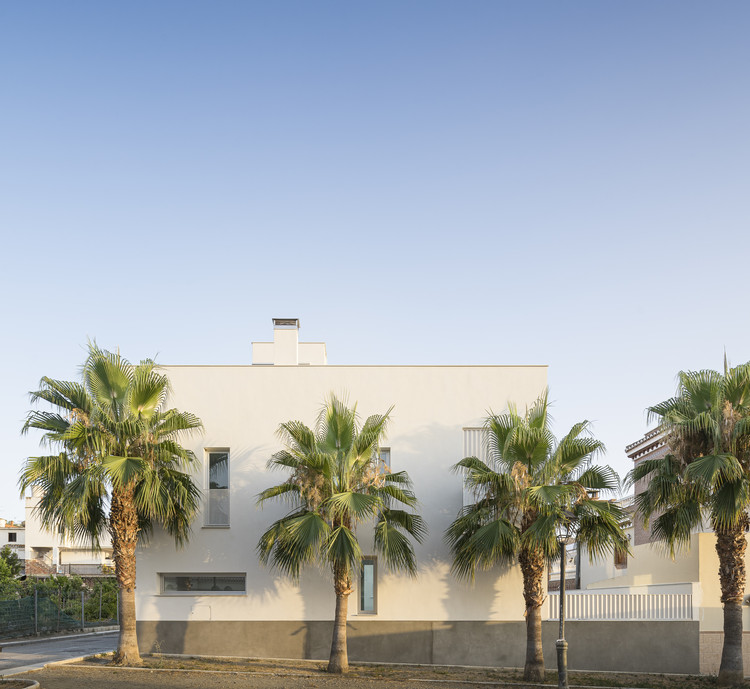 The project is like a book in which the story of these characters is written. The facades would be the sheets in which the stories are told. Finally, the house is the result of the marriage between the protagonists, in this case, his son, «Paquito».

The house presents an antagonistic duality in its facades. While the southwest facade is open to a large patio, open to light and natural ventilation -which takes us to the world of sensations experienced by Sira-, the northeast corner presents a much more traditional aesthetic of white canvases resting on a gray concrete plinth. The holes of this orientation are simplified in size and position, seeking to frame the views, until finding a large window on the roof with views over the «Barrio de la Villa», where Germán grew up. This glass canvas captures in its reflection the Church of Santa María, a historic building in the city that witnessed the marriage between both.

To understand this story we will have to climb the stairs, where the first thing we will see on the ground floor is the patio of the orange tree where Sira lived. In the intermediate levels of the house, we will discover the neighborhood of La Villa between the window openings, until, in the end, we will reach the highest point: the viewpoint of the Church of Santa María.

As in all books, stories are can not be told without a narrator, which at the same time uses a fountain pen as a tool to write them. Well, in this project the fountain pen is the stair. 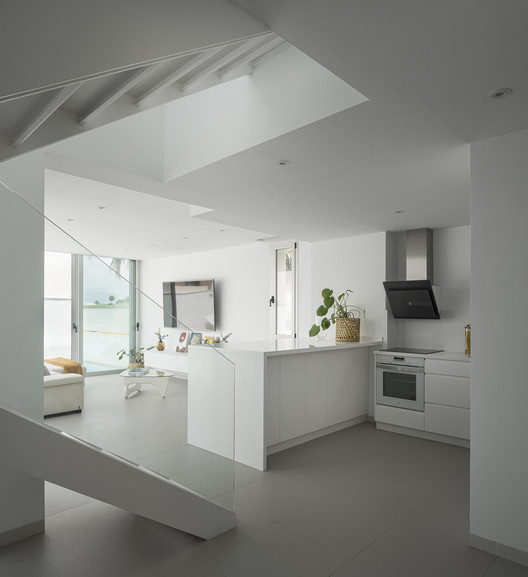