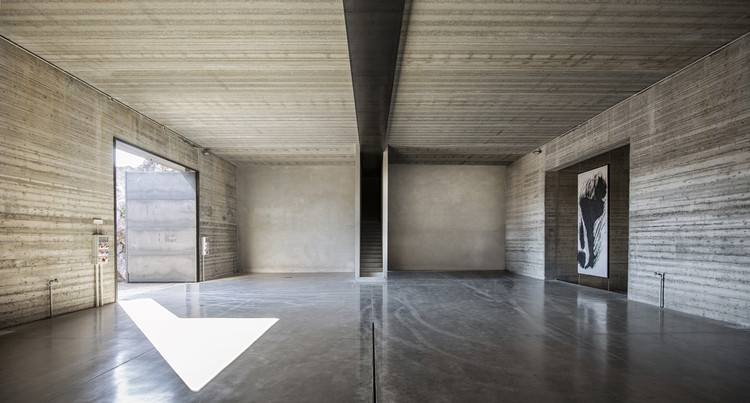 Text description provided by the architects. The winery is located in an agricultural area in the hamlet of Passopisciaro, within the municipality of Castiglione di Sicilia. The scenario is the typical Etna rural landscape inserted between the vineyards and located at about 600 meters from the sea level.

During the last ten years, the vineyard has been valorized both for production and aesthetical purpose. New rows of vines have been planted using the traditional paths and the morphology of the existing terraces. The new building designed for the winery is an extension of the existing building complex historically owned by Graci’s family.

The assumption and the main driving path for the development of the project were to create a place where the tradition of the vineyard sunk into the ground, building up a peculiar relation with the soil from where the vines get strength and character.

There is an imaginary line connecting the new building with the historical existing, but without creating any tension or contraposition between two buildings with such a different soul. The new architecture disappears into the ground without colliding with the historical winery. Its most powerful and relevant presence is in the vaste working spaces that it contains.

The existing morphology of the terrain is the best partner for the development of the idea. The relevant difference in the levels of the ground facilitates the insertion of the new volumes into the earth, the new perception of the landscape appears, therefore, uncut.

The building is hypogeum, solid, and compact. The main façade facing the outside is oriented toward the main vineyard. It is materialized using the material left from the excavation: big boulders of black lava rock, composed on the side of the entrances. The rocks are placed following an irregular and yet progressive pattern that partially covers the openings.

The wall panel representing the entrance of the winery is cladded using a traditional plaster called cocciopesto made mostly by volcanic shattered material. The color obtained is so natural looking as the basalt stone themselves.

The structure and interior finishings follow the most utilitarian scope, but they work in syntony with the roughness of the exterior façade. Poured in-situ concrete for the walls, with different heights in relation to the height of the ceilings, unfinished precast concrete slabs for the roof, polished concrete for the flooring.

The idea behind the interior design is to let the winery form a rigid and complementary symmetry between the solid ground in the north and the open field facing south. The symmetry line is constituted by the staircase and a linear water surface. A nice directly excavated in the bare rock shows the whole stratigraphy of the terrain under the vineyard. It also contains the tasting area

As the most peculiar synthesis, this project represents the equilibrium between a winery as a working space and the specialness of what it contains 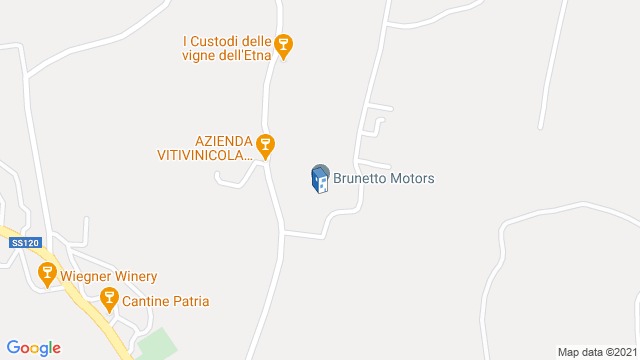 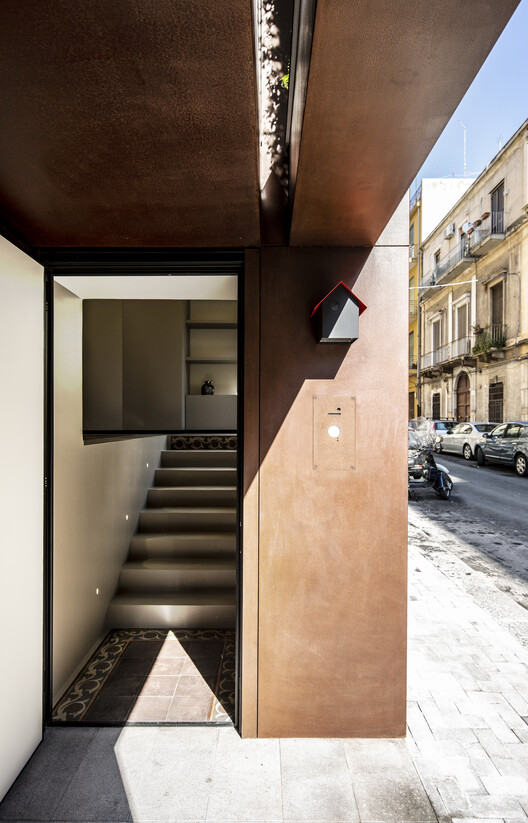 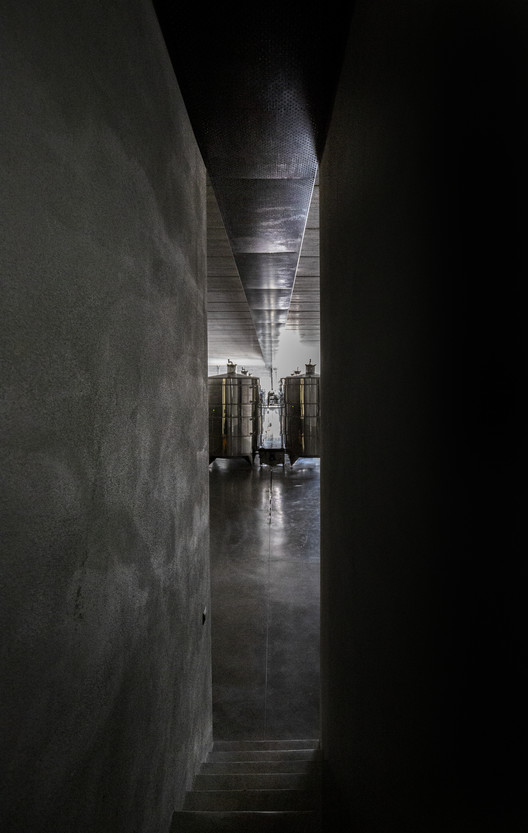