Scheduled to open in the summer of 2021, the H.C. Andersen’s House is a new museum, designed by Kengo Kuma & Associates in Odense, Denmark. Reinterpreting the story of the Danish author’s life and work, the project “will provide a unique artistic experience, which combines landscape, architecture and modern exhibition design”. 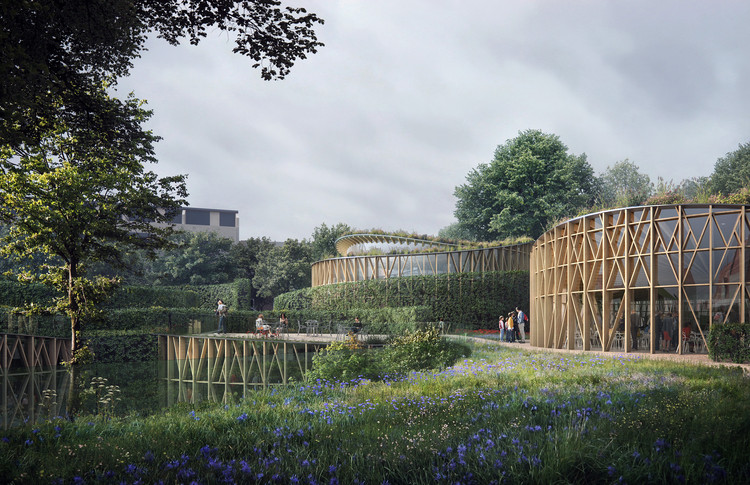 Offering new perspectives on one of the most beloved and creative thinkers in world history, the H.C. Andersen’s House was inspired by the author’s fairytales. Imagined by Kengo Kuma & Associates, the project was in fact the architectural reinterpretation of ‘The Tinderbox’, one of Andersen’s stories, in which a tree reveals an underground world, which magically reveals new perspectives right in front of the beholder. On that note, Kengo Kuma explained that “the idea behind the architectural design resembled Andersen’s method, where a small world suddenly expands to a bigger universe”. Located in Odense, the birthplace of the poet, the new museum will provide a space for the pursuit of puzzlement, imagination, and magic adventures.

We have to dive into the fairytales as the very first thing because they are what everyone knows. The idea is not to retell the stories, but rather to communicate their familiarity and inspire further reading of Andersen. -- Torben Grøngaard Jeppesen, the head of Odense City Museums.

Covering an area of 5,600 square meters, the proposal includes a children’s house, an underground museum, surrounded by a magical garden. In addition, the museum will utilize “a wide array of state-of-the-art technologies and approaches to set design, which will all add to the experience of Andersen’s magical universe coming to life”. “Spatializing” the experience of Andersen’s literary universe and staging a complete artistic experience, the museum’s architecture, sound, light, and visuals will come together to constantly create new encounters between each visitor and the fairytales. One of Denmark’s largest and most ambitious museum projects in recent years, the new museum was made possible by The A.P. Møller Foundation as well as contributions from Nordea-fonden, The Augustinus Foundation, Knud Højgaards Fond, and the City of Odense.

Hans Christian Andersen’s artistic universe is fantastic because it reverses how you imagine this world you thought you knew, but without putting anything else in its place. His fairytales do not point towards a universal truth, but rather into the open – towards the peculiarity and multiplicity of the world. In the new museum, we maintain this ambiguity by using Andersen’s own artistic strategies as the starting point for how the garden, the house, and the exhibition have all been shaped, as well as for the many artistic contributions that will also be part of the museum. -- Creative Director of the new museum, Henrik Lübker. 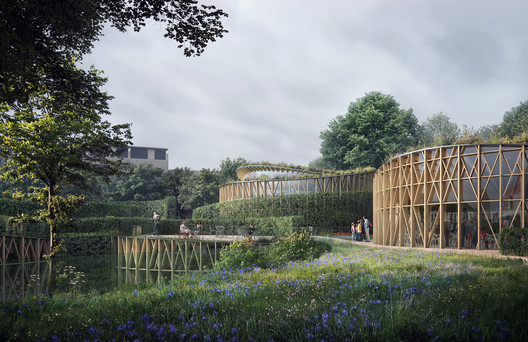