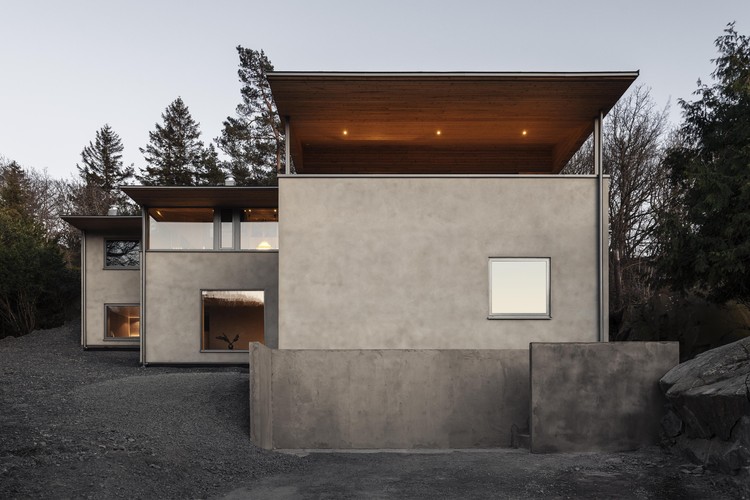 Text description provided by the architects. Villa Radal is a single-family house in Långedrag west of the city of Gothenburg. The name of the place was first recorded in 1766, and then referred to a saltery and a fishing village to the west of Gothenburg. The great herring rush in the late 18th century contributed to the development of the village. But it was only when the tramway extended to the west in 1908 that a larger number of villas, both lavishly architect designed and smaller with a self-built character, began to be erected in the area.

The environment has been characterized by sparsely developed plots surrounded by gardens and parks. By such a park, on the slopes of Osberg Hill, Maritime news editor Fritz Schéel erected a villa in 1915. A park-like garden was also built around the house overlooking the surrounding area.

It is on a subplot from villa Schéel that villa R is erected. The house climbs Osberget's northern slope and closes the last opening to the neighborhood's enclosed oak-grove.  The building has a bricked ground floor, and a glazed second story looking out into the surrounding canopy. The roof protrudes over the envelope and follows the angle of the surrounding terrain. You enter villa R from the north and are guided through a small hallway towards a central ground floor living room. Bedrooms surround the living room, and an atrium-like staircase brings light into the in-slope story.

The second floor, containing the kitchen, a second living room, and balconies and terraces is like a command bridge: almost entirely glazed to create long views and take in the surrounding landscape. The rooms are interconnected horizontally but vary in section, with roof structures that misalign with the interior rooms. The intention is to achieve a spatial richness with variation both on the inside and outside.

The construction materials are selected for the harsh Swedish west coast climate. The exterior is natural gray plaster, the inside of the terraces and exterior ceilings are clad in heat-treated pine and the roofs are covered by galvanized steel. The inside of the house is continuously gray with polished concrete floors, and walls and ceilings covered in composite boards consisting of a mixture of wood chips and concrete. 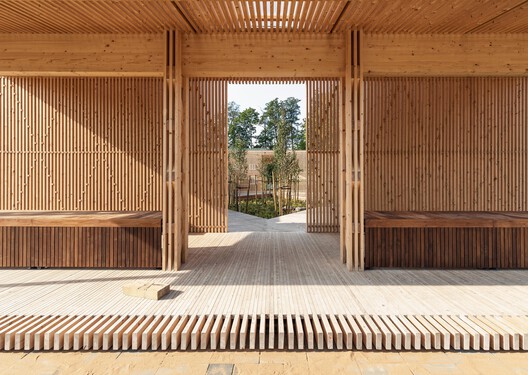 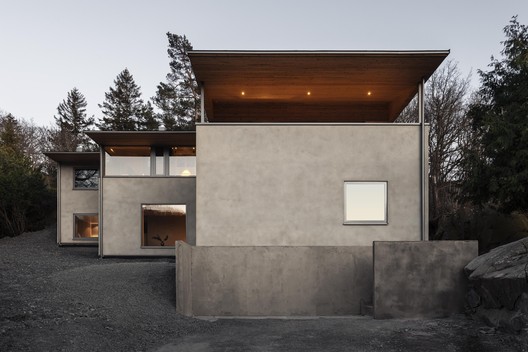