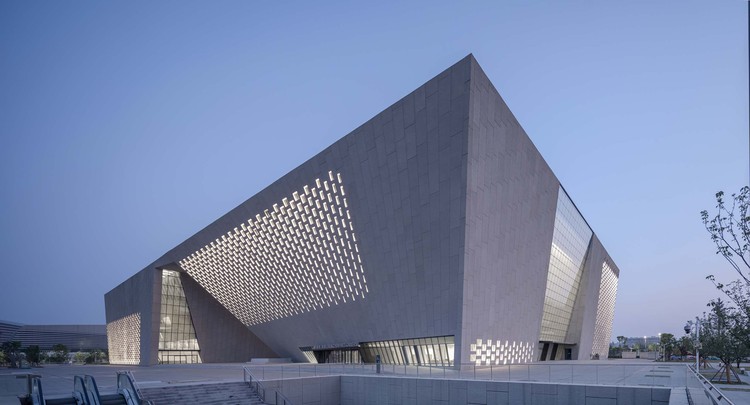 Background. Zhengzhou is a rapidly developing regional center. The conflict between its urbanization process and historical memory provides a dualistic and complex background for this project. Zhengzhou art museum and Zhengzhou Archives are located in a cluster architecture area rising from the wilderness in the west of Zhengzhou. Three buildings including this project, together with the Zhengzhou Museum and Zhengzhou Theater, forms the future ‘Cultural Center’ group of the city. There is no urban atmosphere, no surrounding texture constraints, and huge-scale land using, which seems to provide absolute freedom for design. However, the strong planning axes and the dialogue relations with the surrounding buildings bring challenges to the scale and form of this building.

Prototype. In the form of architecture, we first proposed to use a large-scale, powerful and complete form to fit the planning structure, forming an equivalent volume and dialogue with the two major buildings around. The design traces back to the regional culture in an abstract way. The origin of the prototype explores the similarities of Chinese primitive aesthetic form from the local art of Shang and Zhou dynasty and the historical buildings in Central Plains, and creates a vague image of ‘resemblance’ between ‘resemblance and un- resemblance, in order to get a glimpse of the charm of the cultural memory, and avoids falling into the literal symbolic representation of a simple correspondence with the concrete form.

Generation. Guided by the archetypes of architecture, the building forms that gradually grow out are clear and crisp, with sharp lines without excessive ornamentation. The right slopes and cuts around the building correspond to the environmental elements of the important buildings or public spaces around. The retracting and placing of the form is related to the city's scenery, showing respect for the spirit of place. The formation process of architecture is a process in which the vague prototype Imagery is gradually solidified in the transformation of the site.

In the gray space at the main entrance facing to the southeast, a large twisted surface is designed to guide the public flow from Zhengzhou museum and creates an image of the building entrance with subtle changes from different angles. On the east facade of the building facing the city square, a huge transparent cable-net glass curtain wall is designed to form a huge view frame in the atrium, showing the bustling scene in the city square on the east side. The design is clearly divided into two volumes according to the independent functions of the two pavilions. The two pavilions are connected at the base of the first floor and the roof slab at the top, which is anchored as a whole in form and forms the urban public space in the middle.

Texture. The facade of the building uses warm grey precast concrete decorative panels as the facade material. The overall color is extracted from regional cultural elements, but it presents a new look through the contemporary treatment. The stripe texture allows the building to maintain a coarse texture in large scale, while simultaneously incorporating details in approachable scale. The facade window adopts the gradual skin texture with parametric deduction, which is intended to take the historical traces carved in the Gongyi Grottoes of Henan Province, adding delicate layers to the architectural form as the inscriptions on bronze objects.

Space. To shape the interior space, the project tries to polish the space with an overall strategy of ‘inside’ and ‘outside’ , reflecting and continuing the architectural appearance truthfully from the perspective of construction. The essence of architectural experience lies in the physical perception of users in the tour path, and the introduction of natural lighting elements to provide users with perception and experience changes in space and time.

The art museum organizes space through atrium, and combines the external inverted wall corresponding to the external twisted surface shape with the staircase of the plank road image. As visitors ascend the stairs, space becomes more spacious and more open. As time passes, the light and shadow from the top skylight keep shifting, breaking the dull, artificially lit ‘dark box’ atmosphere of traditional ordinary art museums.

Due to the limitation of the function of the archives, public flow is restricted to a small area on the south side. The design introduces a side court to create a sequence of public spaces with canyon imagery. The floor slabs retreat in layers, combined with the flexible opening of the wall and the light and shadow of the linear skylight on the top, the rhythm of the space atmosphere is formed in such a limiting space.

Epilogue. The core of thinking in the design process of Zhengzhou art museum and Zhengzhou archives is to break away from the traditional separate presentation and complex patchwork of the cultural memory, environment, and space shaping, and strive to construct an overall strategy to maximize the integration of form and space language, and create a "art exhibit" and "vitality catalyst" belonging to Zhengzhou in a simple and holistic way between the retrospection of history and the foothold on the site. 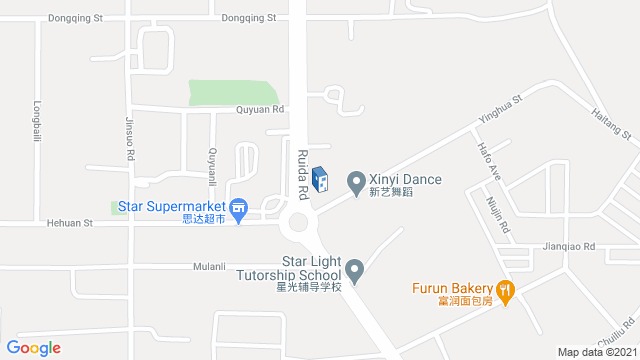 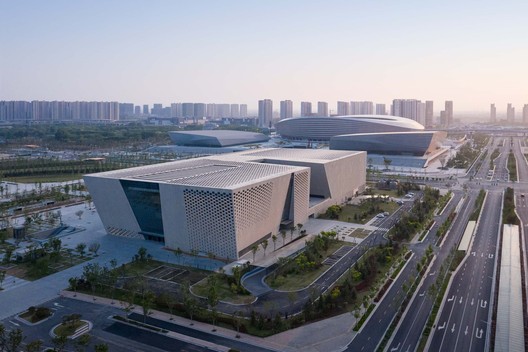 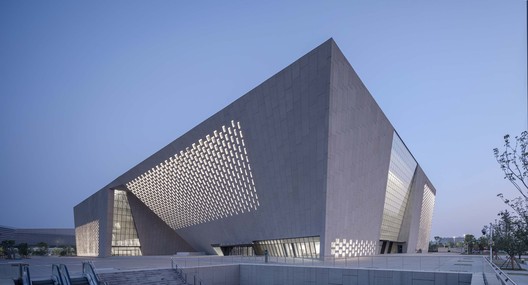