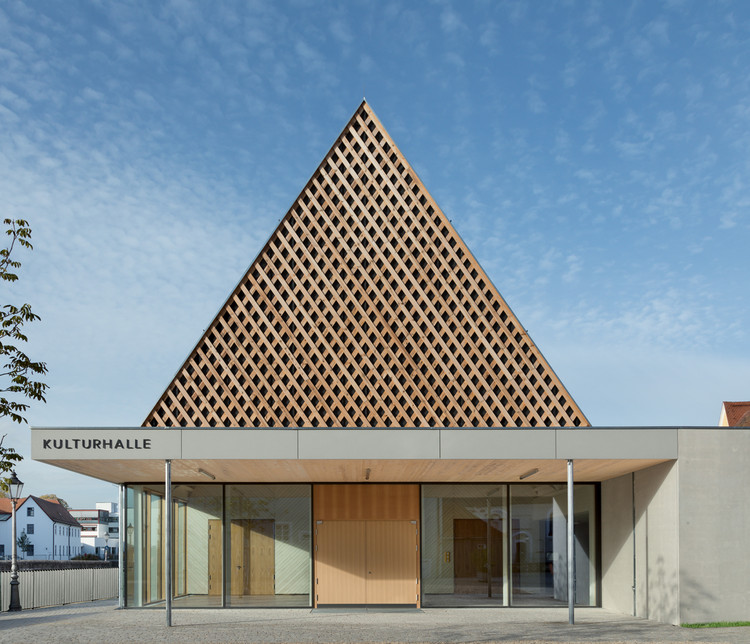 Urban planning. After an intensive search for a new location for the replacement building for the culture factory in Berching, an inner-city area with vacant buildings was acquired by the city of Berching.

By dismantling the existing hotel building from the 1980s, the valuable inner-city area on the Sulz was reorganized. In addition to the medieval hospital building, the Hotel Post's new beer garden also forms the forecourt to the new Berching cultural hall and is, therefore, an area that is always lively. The renovation of the Hotel Post, the redesign of the sulz-shore and the new culture hall will create an attractive space in Berching in the middle of the historic old town.

Architecture and construction. The building with its steep gable roof takes up the traditional features of the historic barns and reinterprets them. The timber comes exclusively from the city's own forest. For this purpose, spruce was used as construction wood for the roof and gable surfaces and a grid made of black pine for the facade cladding.

The woods are treated with a traditional, non-toxic quark-casein coating. The flanking side wing with a flat roof is subordinate to the gable roof structure and contains the ancillary rooms such as sanitary facilities, kitchen, and storage rooms. The side wing is made of concrete for fire protection reasons. These exposed concrete surfaces provide a striking contrast to the wooden construction. The sanitary rooms are deliberately sparse and sober with stainless steel items and slim mirrors with simple lights. The entire interior design is deliberately designed plain and simple with inexpensive materials. The herringbone cladding in the hall with different proportions of joints serves the room acoustics and regulates the reverberation time. At the same time, it serves to stiffen the roof and wall surfaces.

The hall with stage and backstage area offers space for various seating and event variants. The stage is connected to the level of the hall and basement with a lifting platform. The dimmable chandeliers with industrial fluorescent tubes were designed by KÜHNLEIN Architektur for the project. 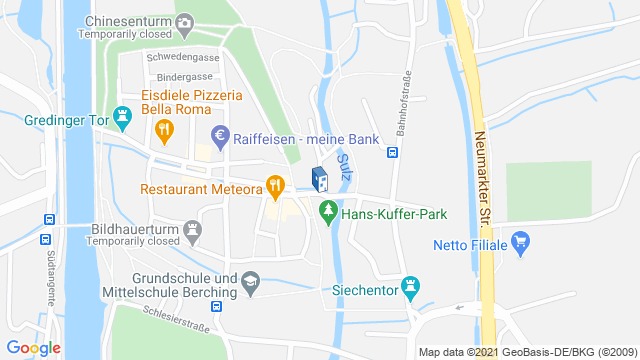 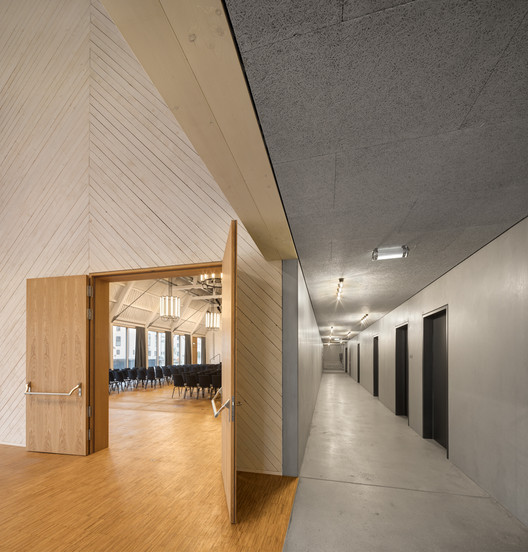