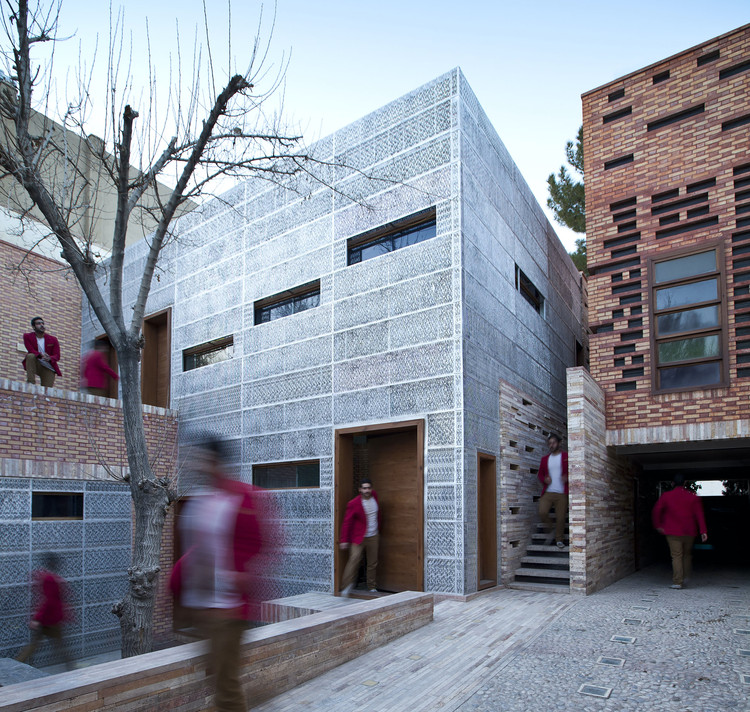 Text description provided by the architects. Our house was an old house which was located on the south side of my father’s house. As the children grew up, more space was needed and this led to thinking about renovation, so we added two other rooms on the top floor, the north side of the existing building.

The same as the other ancient Persian buildings such as Chehel Sotun palace, a porch (balcony) was built on top of these two new rooms, which can provide an integrated space that sheltered the entire family together. After that, a driveway was constructed on the east side of the building, which connected our house driveway ( in Mir street) to my fathers’  house garage, which its entrance was located in the back alley(Hamid alley). Finally, a staircase with three stairs way was built to connect the east parts to the western parts of the building together; also it has a connection joint structure role as an exact axis of my fathers’ house. These three stairways provide a circulation circle in both horizontal and vertical directions.

The aluminum covering of the main box resembles a contemporary form of ancient Persian houses light and view control system (Orosi), in which they could have full control and the complete view from outside and in spite of inside suitable light by mean of colored window glasses, there was no observation possibility from outside but an opaque and non-transparent view.

Circulation diagram. The circulation system is a new and up-to-date form of the Old Persian houses circulation system, which provides a horizontal transition into three vertical levels, it makes the connection of the family members eternal and endless.

Vegetation diagram. In this project, the plants have an important role like other building parts. The old berry tree in the middle of the yard will attract every viewer’s watching, which will follow by the image of the young cedar tree at the end of the stairs, and this fantastic picture of the plant will finish with the image of the old pine tree which is located in my father’s house. 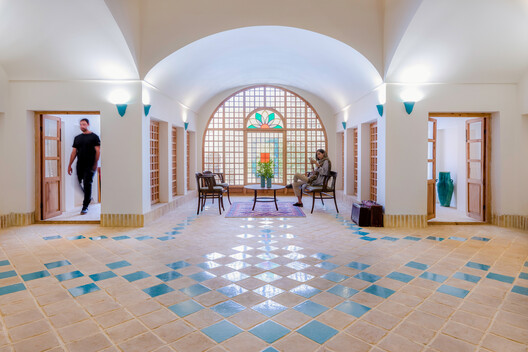 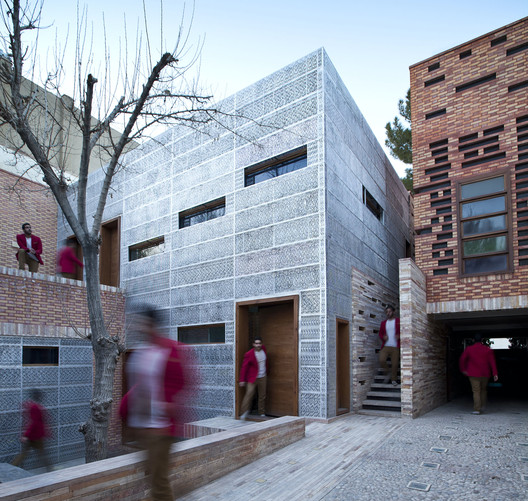