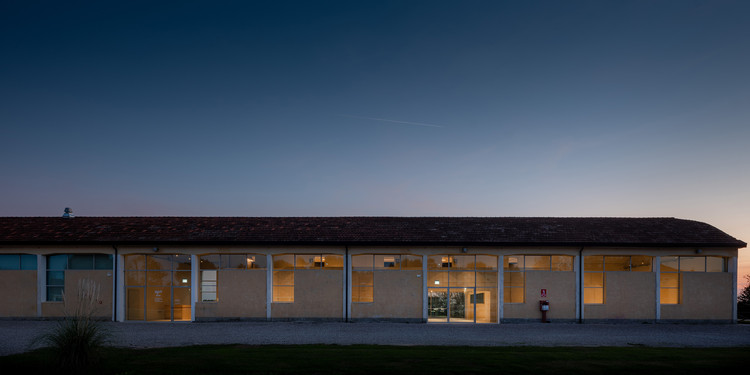 Text description provided by the architects. Founded in 2005, BigRock is one of the most prestigious realities in the European 3D animation scene, a school - Institute of Magic Technologies - that "trains" hundreds of new students every year. The project for the new headquarters consists of the recovery and set-up of two former warehouses of the Ca' Tron Estate, an agricultural complex that extends over an area of 1200 hectares and is considered the largest agricultural estate in the Veneto region.

In the first intervention (Temporary BigRock) the system used to divide the large vaulted spaces into more contained and adequately insulated environments that are flexible, economical, and removable: it consists of a light metal structure combined with a soundproofing panel curtain wall. The articulated layout of the plan has made it possible to define areas differentiated by function, connected by a long, non-straight corridor. The mezzanine, reachable by three metal staircases, leans on these "rooms" becoming a further floor where different activities take place. Walking along the corridor a succession of views put the ground floor in continuous visual communication with the mezzanine floor.

In the second building (BigRock) the new office functions are divided into two separate sections of the space. The first, a large open space with a barrel vault, takes advantage of the entire heigh of the former warehouse through the insertion of a reinforced fair face concrete block, contrasting with the plaster surfaces of the existing building. This mezzanine structure, structurally independent, houses service spaces on the ground floor, such as lounges, technical and storage rooms, and closed working areas on the upper floor, making the most of the roof’s height and overlooking the large windows of the south facade. The symmetrical and straight fair face concrete stairs located on the edges of the mezzanine are an integral part of the block. 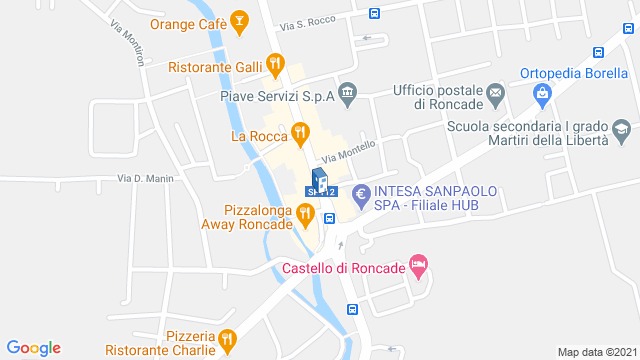 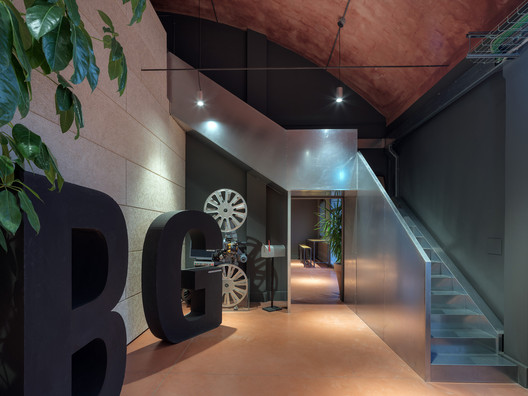