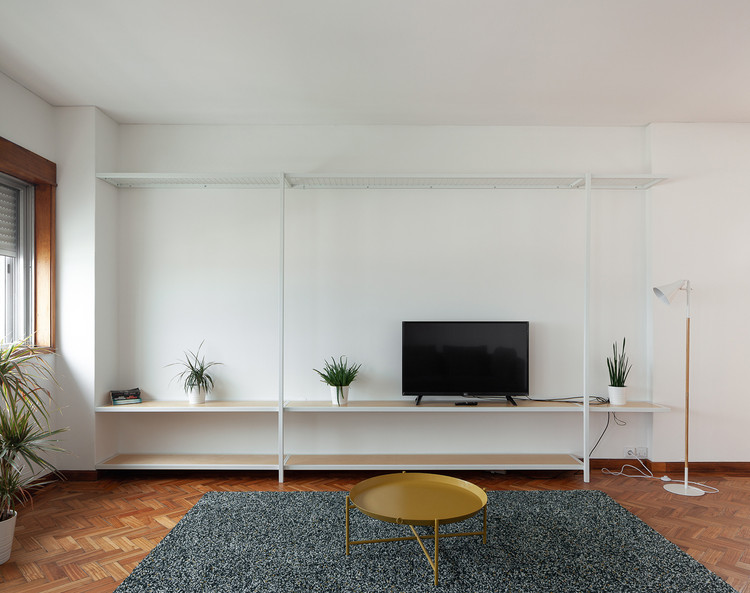 Text description provided by the architects. Gonçalo Cristovão’s apartment is located on the 15o floor of a 1960’s housing building, in Porto downtown. An unusual and privileged localization that provides a panoramic view of the city. Traveling through each room is possible to see Ribeira area and spot Foz.

The apartment integrates a building designed by the architect Marques de Aguiar, as part of a plan that included the construction of a bunch of buildings and the renovation of the road Gonçalo Cristovão, which marks an era of urban planning with some vehicular positivism and the attempt of some occupational modernity, with the construction of high towers and blocks with several housing units.

For the last years this habitation was used as offices, which decisively has transformed some of the traces of its initial construction. However, although marked by this circumstance, some unusual characteristics of the construction of the time, as their constructive details, the pavements and some other elements.

The proposed rehabilitation for the apartment intended to be neutral and silent, responding to its original use and seeking to rescue the most striking elements of its construction, which were hidden by the previous intrusive presence. The carpentry of the doors, the parquet floor, and some other characteristic elements, such as the old glass hood appeared again and marked this new intervention.

The most definitive intervenção was in the wetlands, which were decisively altered, where, through the introduction of new metrics and new colours, we emphasized the original morphology and organization, and adapted these zones to the new current needs.

While the most visible and, eventually, most provisional intervention, was the introduction of light metal structures, next to the facades that try to integrate some infrastructures installed by the previous occupation and provide the habitable spaces with some furniture, directing the attention to the landscape and hiding scenic and fleeting city. 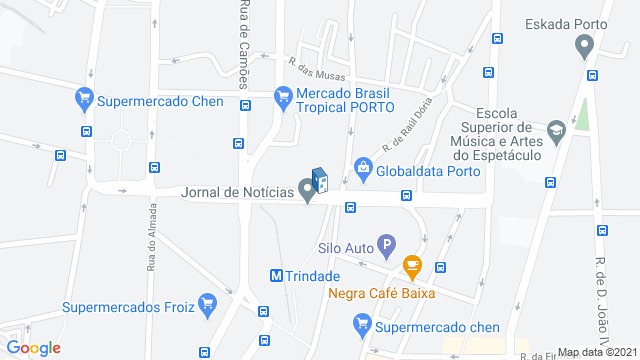