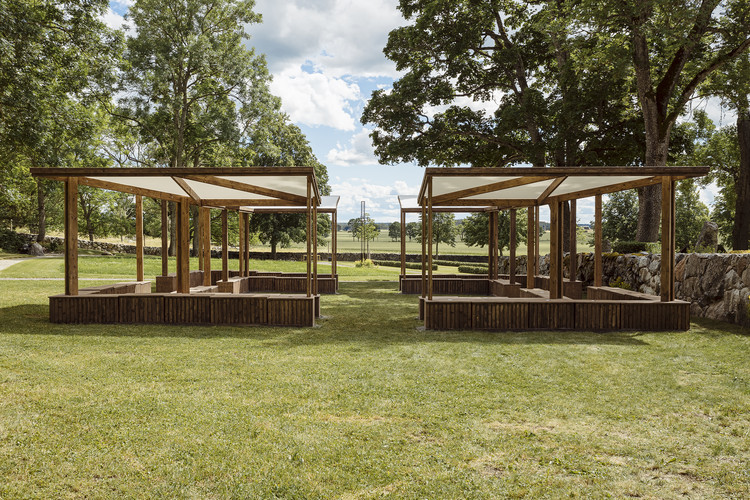 “Room for Thought is a conceptual project that is financed by the Swedish innovation agency initiative” in wake of the crises”. People’s spiritual and existential health lies at the heart of the idea for the mobile chapel. A holy space where people can gather safely despite limitations.

At times of crisis, people need to be able to gather and have access to spirituality, religion, tradition, and cultural heritage more than ever. Many small, historic, or culturally significant buildings are currently unsuitable for gatherings. This affects important events and ceremonies in people’s lives.

In response, the Chapel offers an alternative solution. Room for thought is mobile and paired down construction that does not replace older buildings but acts as a complement to them. With

Room for Thought, people can gather in their local, cultural, and religious settings but in a new way, rather than being forced to abandon them. The chapel is mobile and causes no permanent impact on the surroundings where it is placed.

The project started to be developed in the spring of 2020, with the following citation: “The project has identified a need for new types of spiritual meeting places when existing venues are unsuitable for use. The project brings together skilled suppliers to deliver a project with strong demand within the target group. If the project is successful, it can expect to be used widely for different types of venues” and the initiative of the architect Sofia Kanje and the vicar Carin Åblad Lundström. 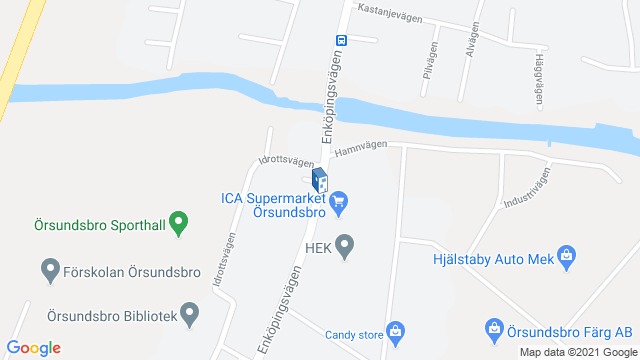 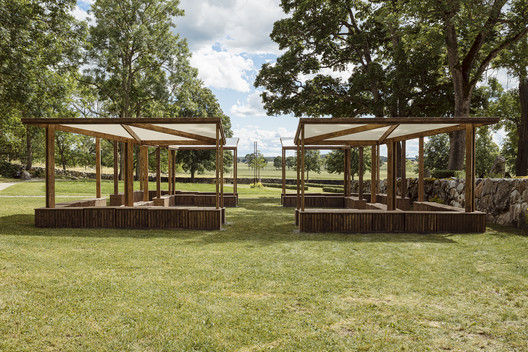