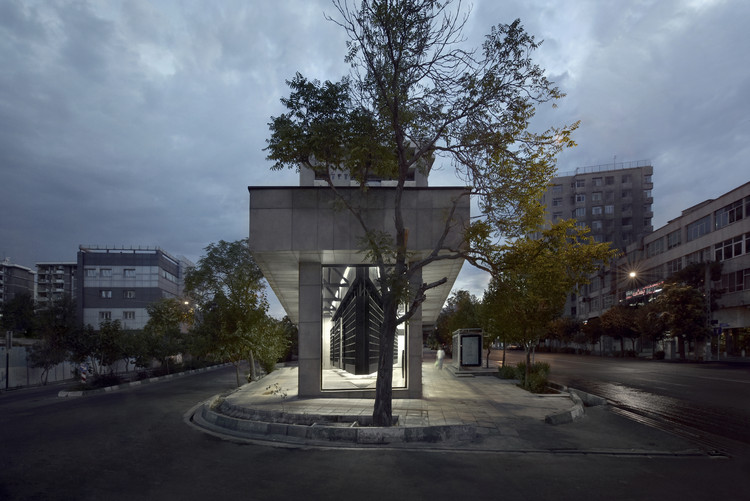 Text description provided by the architects. This project is an interior design with a change in the use of a 40-year-old building that was working as a bank. The client's request was designing an eyeglasses store. After observing the current situation, the potentials of the building's history and the possibility of its contemporary reproduction, changing the client's proposed plan and turning it into a space as a gallery, were considered. According to the issue raised above, the relationship between indoor and outdoor space was defined as the main goals of the project due to the unity and integration of architectural space with the city, creating social action and new spatial qualities.

On the other hand, the location of the project and its proximity to Laleh Park and the Carpet Museum, provided increasing social potential to create an event space and social interactions for the design team. For this purpose, by detaching the usual two-dimensional décor panels that always attached to the faces, we opened the project’s facing to the city. By defining the décor as a three-dimensional space in the center of the project and creating an in-between space among the mass and the body, we tried to penetrate and expand the communication axes of the city into the building and eliminate the border between the city and architecture.

"Damien Hirst", a conceptual artist in a project of "The Physical Impossibility of Death in the Mind of the Living Person by suspending the object in space, tries to define the concept of death as a natural matter. According to the principal of nature, the end of any phenomenon gives birth to another phenomenon, as matter never disappears. Due to this concept and also in order to criticize the occupation of the land by decorative elements, this spacious mass showed itself suspended in the middle of the building. The structure of mass networks and the creation of gaps within it were formed in order to redefine the contemporary boundary between spatial layers as well as to create diverse spatial qualities.

On the other hand, the mirror surfaces of the sections reproduce and propagate the space to infinity and create different visual experiences for audience. By referring to Hirst's definition, this project has tried to take a different approach to the concept of death and birth. By transforming a suspended object into a spatial structure within another space, in addition to creating a new layout for the store, we try to reference to this concept as well. 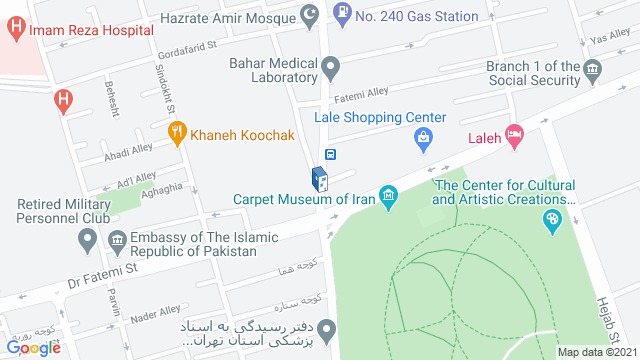