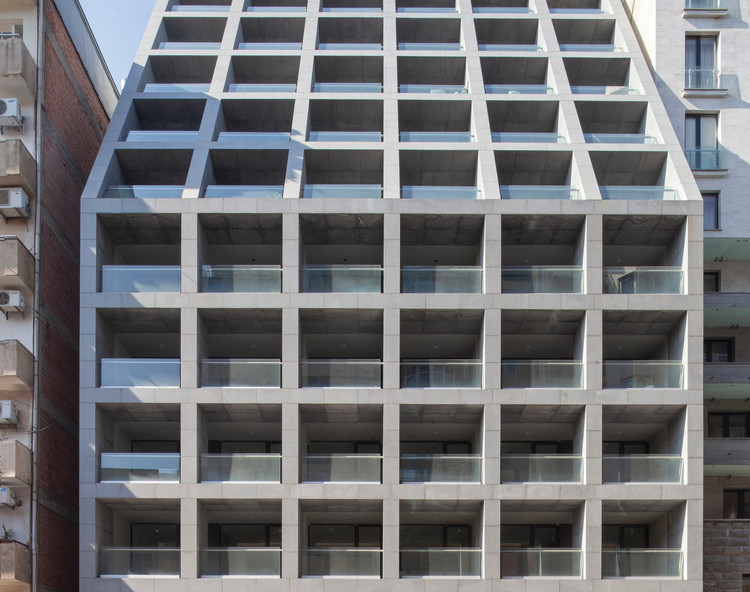 Text description provided by the architects. The building is located in one of the “prestigious” living districts of Tbilisi, Vake, approximately 150 meters from the Vake Park. The economic and political crises caused by the fall of the USSR in 90-ties had a strong impact on the urban tissue of the city.

At the same time emergence of capitalism has revealed new paradigms in the context of the absence of urban policy in design issues. Eventually, objects with the claim for individuality and iconicity started appearing in the existing urban order. These processes had a great impact especially affecting areas near the park.

Once a low-intensity residential area became an eclectic collage of multi-story residential homes. With this project, we tried to bring a sign of order in existing, chaotic, and eclectically developed space. The building is presented by a modernistic grid facade, which tilts from the street on the 6th floor.

The tilt expands the brutal space of the street and the view of the building contemplated as a six-story high building. The orderly solution of the entrance, on the other hand, brings back the feeling of rhythm to the street. The materials used are also included in the dialogue with the eclectic side of the context. The facade is covered with roughly treated gray granite slabs, while the railings are made of glass. 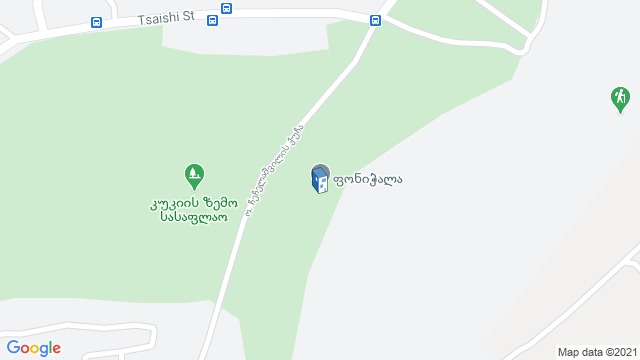 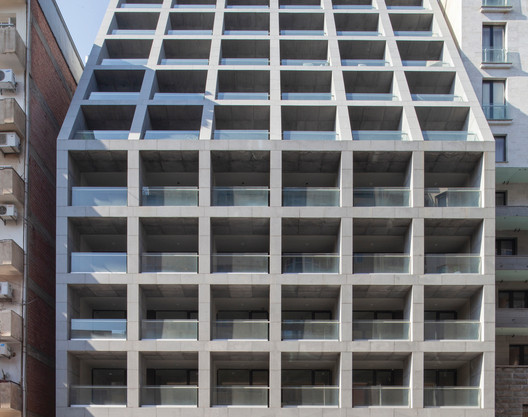