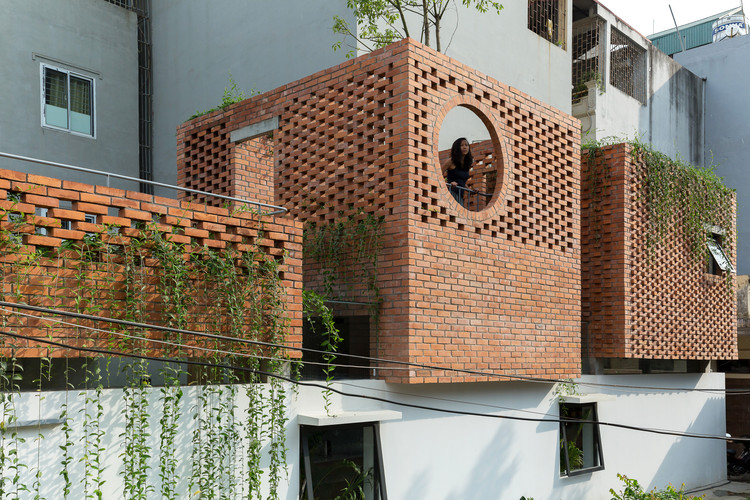 Text description provided by the architects. The house is located in the capital city of Vietnam, Hanoi. Due to rapid urbanization, the city faces many problems with traffic jams, air pollution, lack of public space.

The house is designed for 4-member family who wanted to create a peaceful and harmonious place in the hectic city. The land of house is relatively small, 4x16 meters. It was used as a garden with fruit trees and vegetable. The aim was to return this garden to family by applying maximum amount of greenery in the design.

The VH House was inspired by traditional tube shopping house, with consideration of contemporary architecture elements reflecting nowadays lifestyle. Typology of tube house is usually narrow deep layout with only one façade. The remaining 3 sides are usually tightly touching adjacent houses without any windows. This method of dividing the plots is due to high land prices, the wider the front street façade, the more expensive the land. The traditional tube shopping house designed with open courtyards in middle of the layout allowing the natural airflow  and natural light throughout the house is ideally adapted to the local subtropical climate.

The main aim was to create a comfortable living for family of 4 in a small plot. One continuous living space is divided by small exterior and interior green courtyards. Roof area is covered by open gardens where the family may plant their own vegetable and fruits. Greenery applied in an architecture is important in the dense city of Hanoi where is lack of green areas and not enough public spaces for inhabitants.

The parcel of the house is relatively narrow with 4.1m. The aim was to create an airy open space on the ground floor so that the residents have a feeling of space generosity even though it is a small house. Separation of the functions in such a linear space is created by the trees and plants which have the function of visual division of the space. They are a replacement for the classical walls. The residents are in the close contact with the greenery which contributes for the positive atmosphere of the house.

The family ties in the traditional Vietnamese family are very strong. Usually several generations live together under a single roof where many family events take place. In nowadays world of modern technology with smart phones and televisions, these ties are weakened. The house is designed with consideration of these aspects. All premises in the house are visually connected to encourage an interaction among family members.

Due to very low construction budget the house is designed by cheap local materials such as bricks. For the reduction in an electricity consumption of the air-conditioning system, the house may be naturally cross ventilated.

The intention was to find spatial harmony among the traditional house, the local climate and contemporary lifestyle. This house can serve as an example of how to build a house in Hanoi with an emphasis on local climate and culture. 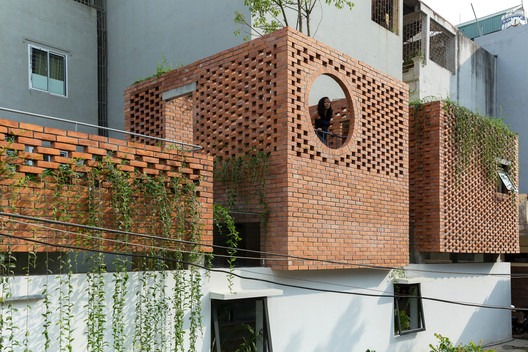