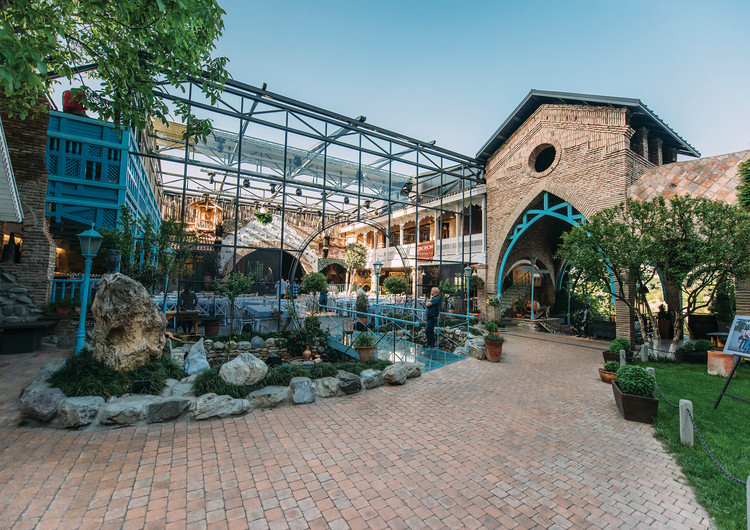 Text description provided by the architects. The attractive landscape of the coast, the operating mill and the rather affluent waterfall falling into the river became the basis of creative understanding of the author of the project. Factually, the architecture of the historic city type "ruins" with a synthesis of old and new materials was created on the landfill in a new district. Relaxing, entertaining and public catering multifunctional complex, ethno museum-restaurant was placed on a fairly large section along the river. The popularity of the facility and the originality of the solution led to create lots of facilities of such function along the river. This street was made and formed after that actually.

Started with the most complex relief, continued by constructive-planning solution, construction represented the most difficult problem. Duration of construction – 18 years, has been noteworthy. The complexity of quite complicated architectural solution is embedded in the project concept: the presentation of the landscape, exterior, interior and inner yard as one whole space, its unified perception. With this approach of the architect, the interior is perceived from the exterior and vice versa. Alternation of traditional and modern materials in the museum-restaurant, complex relief, existing coast and periodic increase of water level required providing additional bank-protection works, which was carried out in parallel with construction and it required difficult engineering solutions.

Traditional architectural fragments and materials such as brick, tile, stone, wood found in different places in Georgia were used in the construction of the museum-restaurant. All materials were found from materials actually used on older buildings and they have retained their original appearance, antiquity effect and coloration. Constructive elements such as beams, ceiling, roofing were structured by the mentioned materials as well. The stone material extracted from the river bank was used in construction. The old materials used are combined with new, modern ones: metal, glass, paving materials, engineering infrastructure. New materials make the modern constructional part as well: metal trusses, transformable roof, large-scale glass windows.

The inspiration idea of the architectural solution of the project was the waterfall and relief located in the project area, where the concept of a small town was created; also green inner yard designed as one large space, enclosing and uniting various facilities of small settlement type: Beer Square, Beer Hall, Wine Yard, Wine Hall, Ethno Hall, Mill on Water, Artist's Workshop-Restaurant, Barbecue House, Bread House,

Cellar, Architectural Remains. All this was gradually developed and sculpted during the construction process. The final aim was to make “Tsiskvili” as the museum-restaurant which will become not only a modern food facility, but one of the most interesting places to see the city as well, a kind of tourist center. 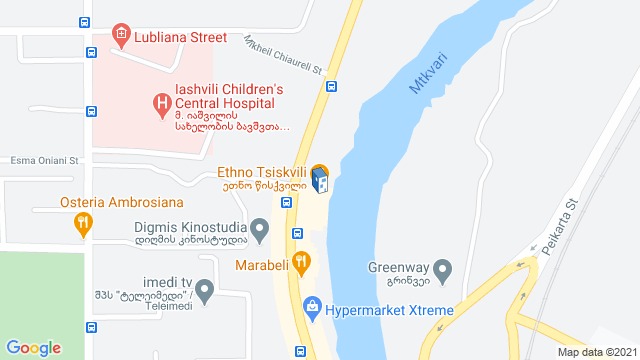 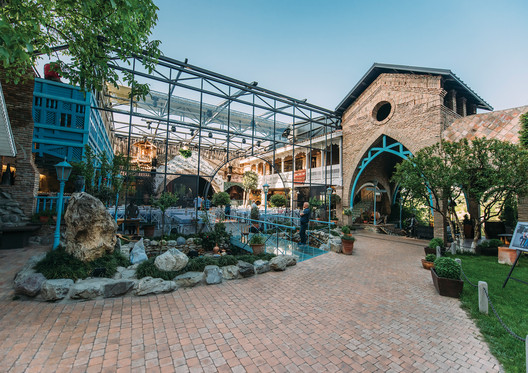