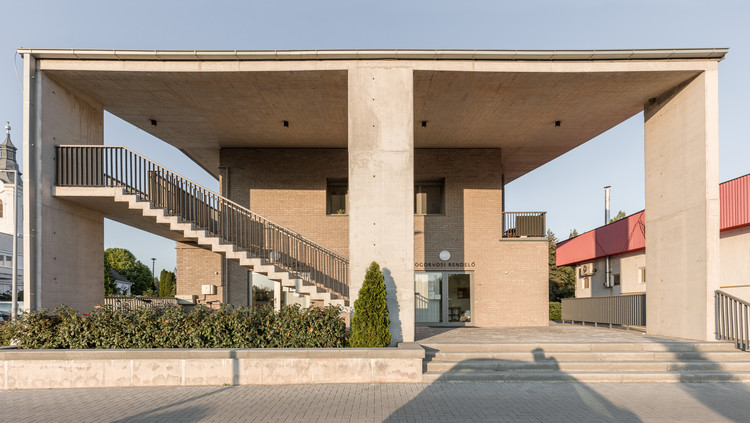 Text description provided by the architects. Gyermely Town Center. The project encompasses the revitalization process of an aging and increasingly impoverished Hungarian small town. Far from the bustling metropolitan areas, the agriculture based rural lifestyle is slowly disappearing. Poverty, aging communities due to the migration of young residents and depopulation are common tendencies, yet over the last decades, the community of Gyermely has successfully implemented projects to reverse this process. Long-term and systematic thinking is a prolonged, small budget process, resulting in interim milestones such as the development of a new town center.

Located at the edge of town, the factory of the nationwide popular pasta brand is operated by the local community, providing residents with a living and a future, which in turn has generated intensive development within the community and thus the town center. Due to the growing number of young, working families relocating to Gyermely, the town has witnessed an increase in population, which has in turn resulted in the transformation of the institutional network of the town.

The town center of Gyermely has been the subject of intensive development over the past decade: five construction phases have resulted in a so-called Civil House, a public service building comprising medical facilities, a bank and apartments, a remodeled and renovated Town Hall, as well as a service building housing garages and storage spaces, skillfully restructuring the surroundings of the creek that runs through the village. In two subsequent phases, the Gyermely Pasta Factory, employer of many of the local residents, has constructed apartment buildings for its employees in the vicinity of the Church and Parish.

Transforming the center of a small town on a limited budget is an extremely prolonged process. Change is not immediate, but a step-by-step process requiring continuous consultation with the local community and the integration of effects stemming from previous interventions.

Gyermely is a town with medieval roots, yet interventions following WW2 resulted in a completely dismantled and fragmented town center wedged into the urban fabric like a foreign body. Realized in accordance with present-day demands, the transformation and extension processes of the past decade serve as a balm for the wounds and deficiencies of the town center.

The small scale buildings were constructed in different phases, and can only be interpreted within the context of their history, environment and organic relationship to one another, creating a complex spatial structure that responds to the changing demands of the community. An organic continuation to the volumes of the adjacent buildings, the covered, open spaces are distinctive elements rooted in the local way of life, engaging in intensive visual and functional dialogue with the town center, thus facilitating the everyday activities and communication of the local community.

The construction process consisted of a combination of radical remodeling and expansion of the existing, deteriorated 1970s-era buildings as well as small scale interventions within the urban fabric. The positioning of the new and remodeled buildings as well as the choice of simple and frugal materials highlight the characteristics of the town center that have evolved over centuries. The exposed concrete and brick surfaces, metal cladding and wooden openwork structures provide intellectual as well as physical durability and sustainability. 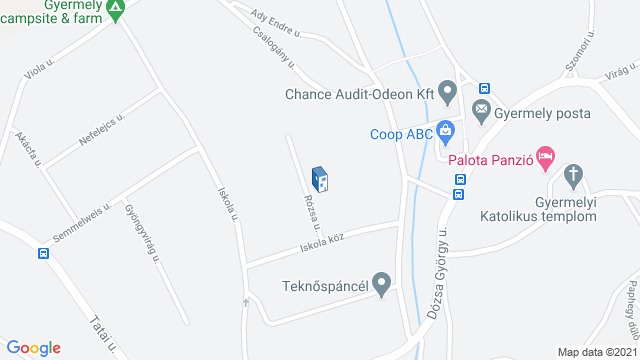 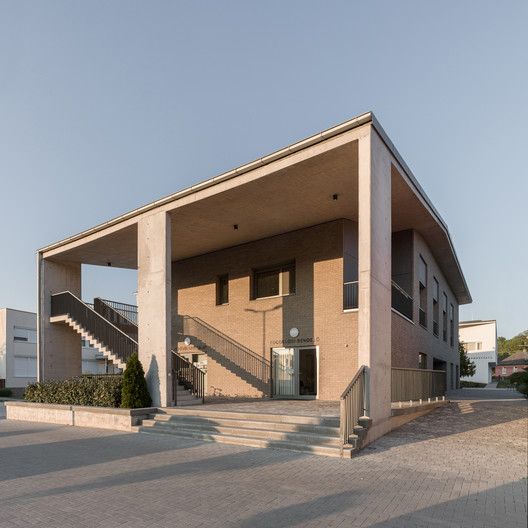