Text description provided by the architects. In between. The newly built structure is complex, establishes and forms its own world, equal and self-sufficient. The interior is unexpected, closed and open, it belongs to both the street and the house. A density has been created that allows programs and functions to exist in space and time experiencing various daily changes.

The predetermined program structure of the future SEECEL building defines a highly dynamic business complex. Mutual intertwining of the three principal functional systems – the office block, the educational center and the hotel content – results in a vivid structure which encompasses a wide range of all-day activities.

The new dynamic structure is a response to the existing scale. There is no clear boundary inside and outside. Density builds a spatial experience and unites all contents with a single rule. The newly established order transforms the diversity of functions into a common set. The structure establishes two parallel universes. Regardless of the fact that the object is equal on all sides, it still has a beginning and an end.

light and shadow. The spatial structure of the future center comprises a progressive sequence of volume, of expanding dimensions. By applying a system of expanding closed volumes, diagonal in space, the relationship between the entrance zone and variously zoned contents is established. The layout unfolds via entry zone void, assuming a denser quality in the inner organization zone. A dynamic structure is established, which employs the empty-full, open-closed ratios. The house is vertically zoned as well; the upper office floors and the hotel are placed inversely in relation to the first three floors. This allows the lower openness and looseness to be contradicted with the upper density and occupancy, with everything reversed on the second floor, as if mirrored. This spatial interplay of light and shadow amalgamates all the predetermined contents into a unique spatially-functional system, by inversely overlapping two identical layouts and creating a lower and an upper world, vertically bound; but two different functional systems. The lower houses the entrance area with catering and educational center, while above the third floor we find mutually interlinked office cubes.

New horizon. Inner structure pulsation (generated by work, study, socialization and sojourning) allows insight into the elementary features of the complex. A small city, formed from houses and streets, the inside – outside relationship. The main bearing structure completely adheres to the underlying structure of spatial relations. The lower area is made of concrete walls, slabs and beams. The upper part is lighter, in concrete with aluminum coating. The two constructive systems partially overlap at one point, ensuring spatial-constructive unity. The roof system is simple, comprised of a system of beams placed on the upper cubes. The interior of all concrete cubes is wooden.

As already emphasized, the lower construction is concrete, while the upper part is light, reflective, partly open. The roof is adrift from virtually all sides, thus contributing to quality of future spaces by providing shade and lesser exposure of external façade to excessive insolation and preserving energy. The line of demarcation of the two overlapping structures creates a perspective counterpoint. The dynamic sequence, a series of closed volumes, spatially intertwine, forming its own horizon. 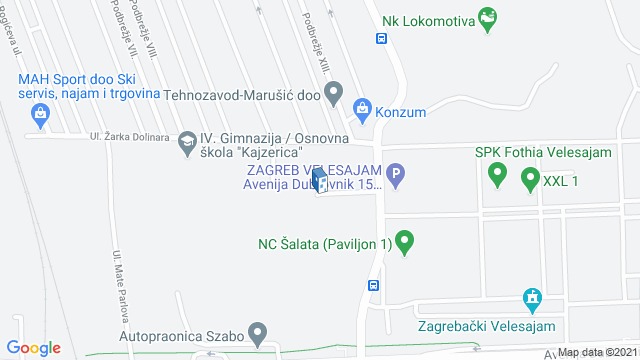