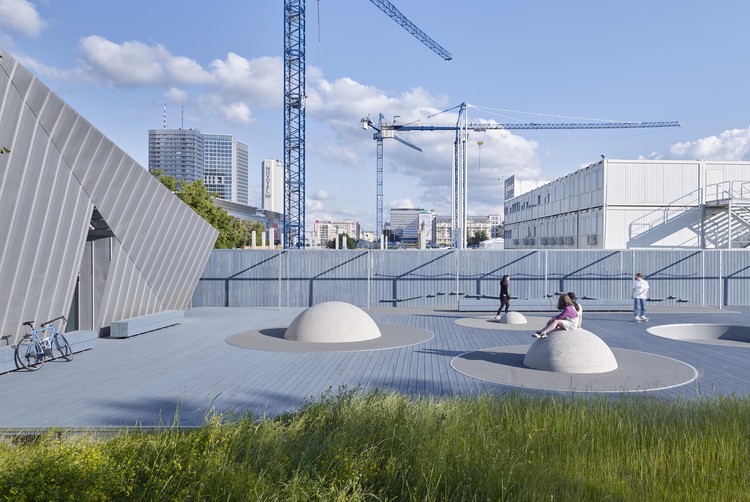 Text description provided by the architects. Since the collapse of communism thirty years ago, Warsaw’s hyper-centre has become a testing ground for all sorts of rapidly expanding corporate architectures. At the same time, public space seems to have been frozen and barely evolved in its monumental scale and socialist form. It is only recently that a series of new public investments intends to bring new programs to the city centre, igniting the potential to activate and inhabit it.

In reaction to this context, we thought about building an interface between the stone-clad public spaces and the inaccessible glass skyline. We have designed a horizontal skyscraper, made of wood and composed of public amenities. The project takes advantage of the available space and enters a formal dialogue with the surrounding skyline.

The "TARAS" urban deck is a public space realized as part of the Warsaw participatory budgeting program. The project brings new func=ons to life in a corner of a park, which was, until lately, neglected and misused. It revitalizes a pre-existing pavilion and defines a temporary limit to the construction site of the new museum of modern art.

The greyish wooden decking in the shape of an elongated rectangle - with its geometry, color, and scale - corresponds with the surrounding office buildings, complementing the corporate urban context with public functions. The platform, located in proximity to the soviet-style Palace of Culture and Science, resembles a large wooden deck (80x20m) and serves as a minimalistic, organized public space. It hangs above the noise of the constantly moving, changing city like a calm wooden raft. 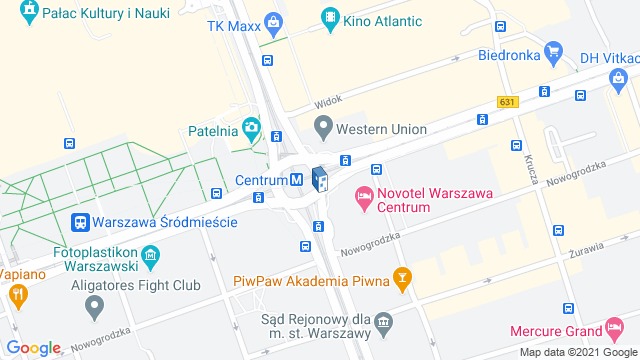 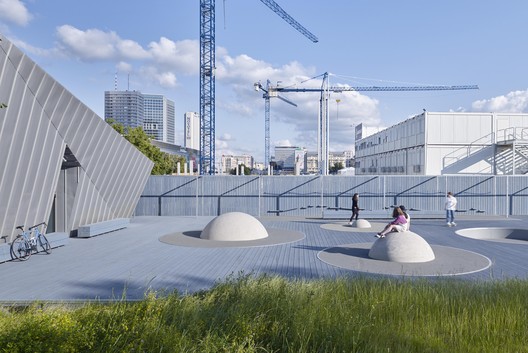