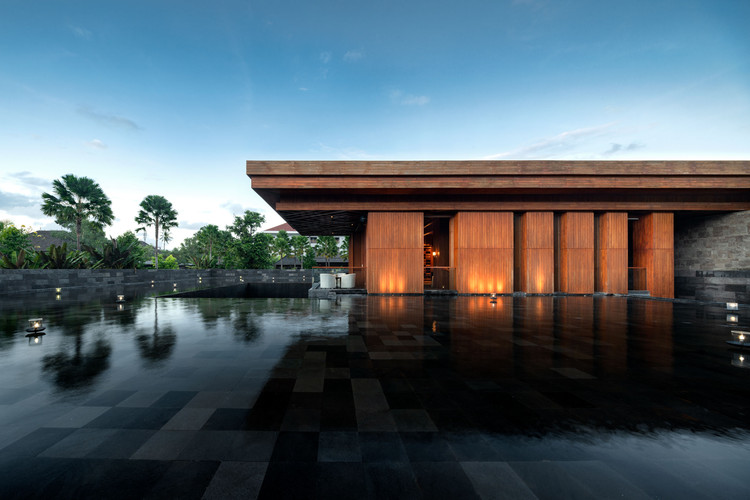 Text description provided by the architects. This project is the renovation and extension of a hotel located in the Seminyak area in Bali. Seminyak itself is a very dynamic blend of many diverse Eastern and Western cultures and lifestyles, giving the city its unique eclectic characteristic.

Elements of both the traditional and modern architecture can be seen throughout the entire city and have equally inspired the design. Right from the initial stages of design, a cross-shaped layout was developed to maximize the useable area, whilst ensuring that the external views were unobstructed by surrounding buildings. The architecture itself is designed to the proportions of the traditional Balinese pavilion, with its roof visible from the front of the hotel.

The heavy stone at the base contrasts with the light wooden structure above. The character of the stone and wood-carvings are used to illustrate modernity, whilst preserving the essence of traditional Balinese culture. Each of the patterns used derive from traditional Balinese textiles, weaving the architecture together into an integrated whole from the entrances, canopies and beyond.

Each space of the renovated and extended hotel is a mixture of old and new, blurring the demarcation between tradition and modernity, resulting in an eclectic piece of architecture that adds to the character and richness of the city of Seminyak. 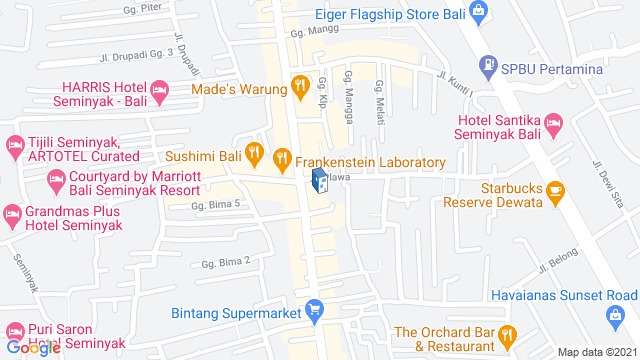