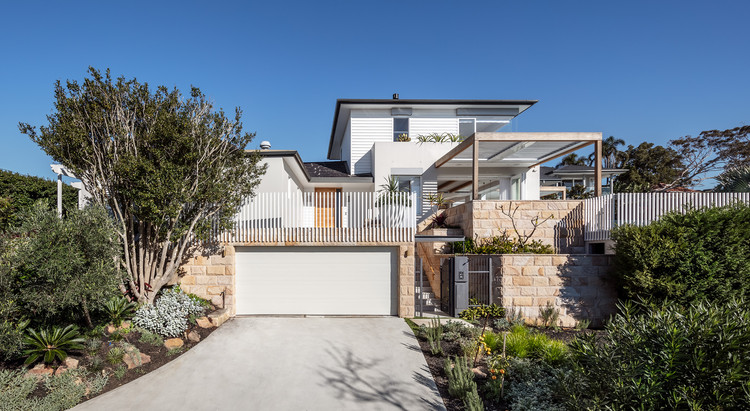 Text description provided by the architects. Owners Damien and Belinda Wilde wanted to create a relaxed oasis where they could both entertain and escape, but with three school-aged sons practicality was also a priority. The architect's solution was to create a series of terraces and rooms that can be used for socialising or retreat. This resort-like configuration means teenagers can throw a pool party while Mum reads a book and Dad has a beer with a friend, all within their own spaces. "We never feel like we're living on top of each other," says Belinda.

Significant changes to the home; A small series of rooms set back from the view was transformed into an open-plan kitchen, living and dining area that makes the most of the harbour aspect and is flooded with natural light.

The original entrance was awkward, messy and featured a series of nonsensical ramps; this was streamlined to create a clear path for visitors. A new storey was added comprising a master bedroom, study and bathroom. A frameless glass pool fence replaced an old-fashioned one that blocked the harbour view.

Thoughtful details; The architect designed a custom banquette beneath a picture-frame window in the open-plan dining room so the family can enjoy meals with a view year-round, no matter the weather. An entrance vestibule with elegant storage cabinets hides the clutter of shoes and bags. A frameless corner window in the bedroom gives an uninterrupted vista across the water from the upper level.

White baton fencing around the perimeter is used as a design feature to tie separate elements of the build together. Recycled timber was used in the internal ceiling and outdoor pergola - the natural wood grounds the white colour scheme and adds texture. 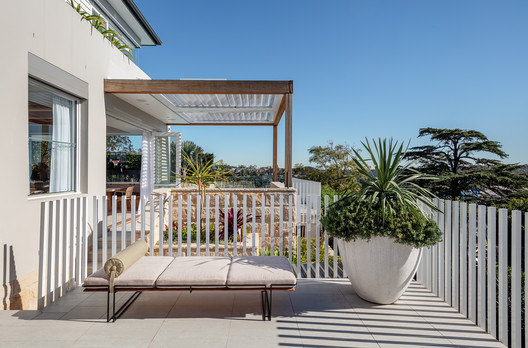