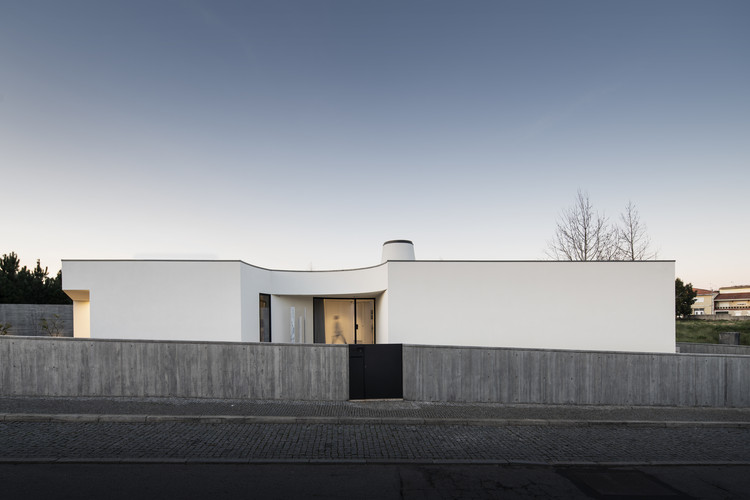 Text description provided by the architects. The triangular-shaped lot, leaning on two streets - east and south, lies at the end lot of a 26-lot subdivision. The one-story housing has a pre-established triangular layout deconstructed to the East, giving rise to the rooms and the services volumes. The latter volume sets a transition north, where the kitchen, laundry and access to the basement are opened.

To the south, a blind volume is carved by two curves that define the entrance: the flap curve and the entrance curved glass. Added to this composition we have the white plaster of the facade and the exposed concrete of the fence walls, finished by an expressive lantern that protrudes from the roof.

The living room is opened to the west, marked by a generous flap that states a detail in the south façade.

The space organization is marked by a central patio with a water mirror that highlights the moment one enters the house and separates the living room from the service area. To the east, we have the rooms. In the basement we can find a large garage and a service area. 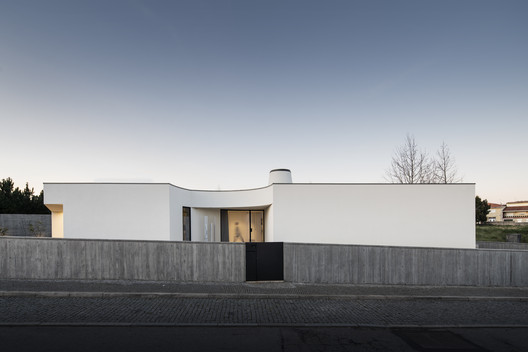