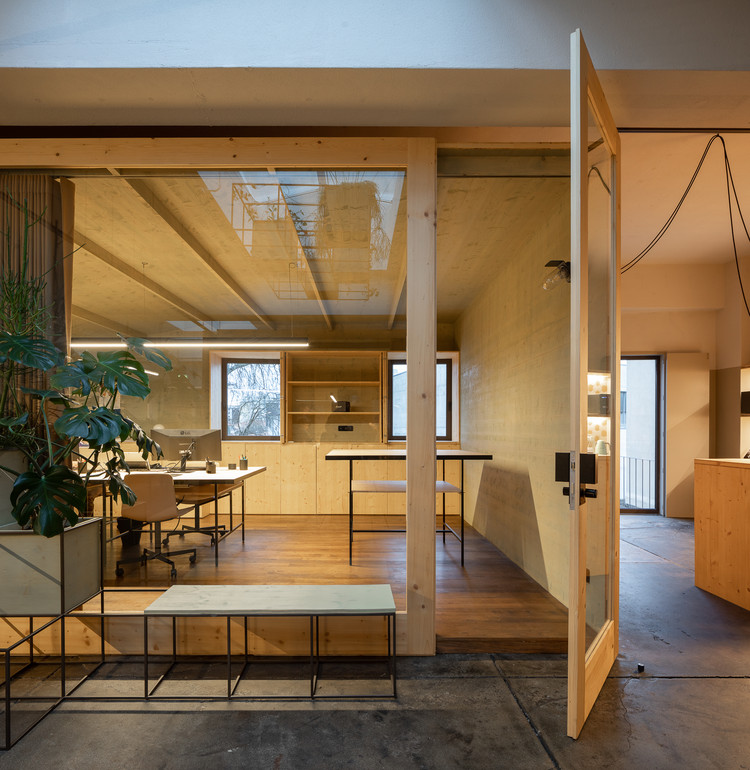 Text description provided by the architects. The project started with the challenge to transform an underground garage in Porto downtown into an office space for several companies. At a first glance, the space did not seem to be the most obvious choice for architectonical adaptations. However, by taking advantage of the building’s spatial and formal characteristics, the design manages to embody the roughness of the garage space working with it as an outer shell and creating a new interior living area.

The three large skylights, which flood the space with natural light defined the structure for the spacial organization: three wooden boxes around them would function as the work areas where the comfort and texture of the wood contrasts with the raw materiality of the garage space, leaving the in-between spaces, under the three skylights for the common areas, widely illuminated by the skylights, thus creating open common meeting spaces for flexible appropriation.

The arrival through the parking area reveals the thick but transparent façade of this new interior space, allowing a fluid and functional interconnection between all spaces and also a greater permeability to natural light.

Working with dry and eco-friendly construction systems, alongside to the active role given to the infrastructure design, making it part of the spatial characterization, allowed great flexibility and opens the possibility to future adaptations according to the dynamic structure of these companies. 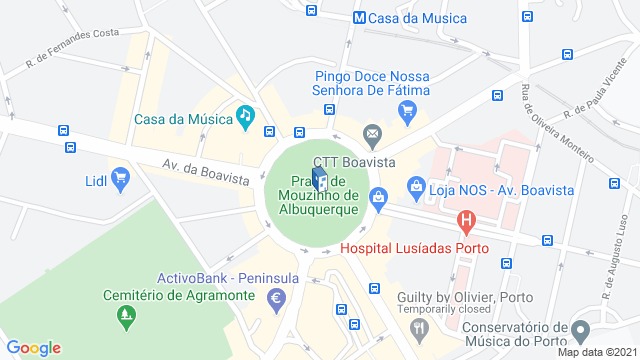 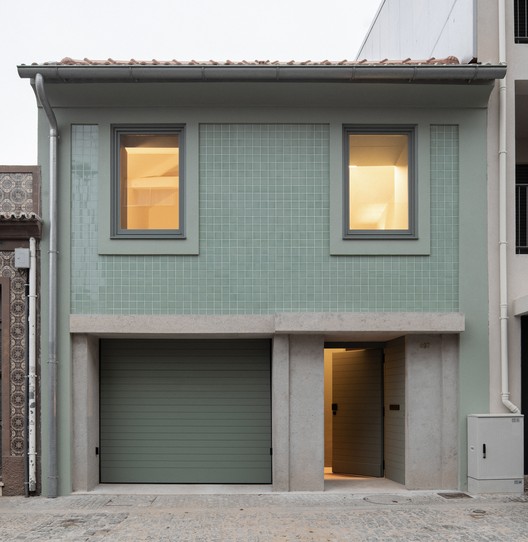