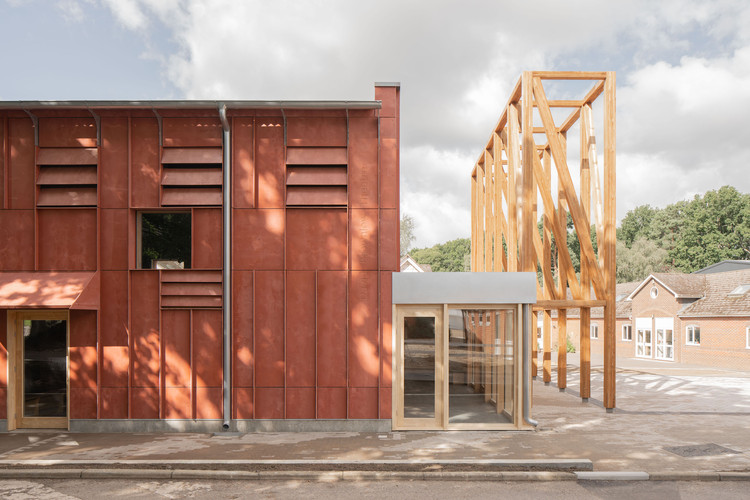 Text description provided by the architects. Jonathan Tuckey Design has completed a new theatre on the grounds of a school in southeast England. True to the practice’s commitment to ‘building on the built’, for which it has earned an international reputation, the new theatre plays a vital role in repairing and enhancing the existing campus.

The new, sustainable building has been carefully crafted to sit in concert with the neighbouring buildings and succeeds in turning what was once a featureless car park into an animated civic square. Horris Hill is a day and boarding preparatory school for boys aged between 4 and 13, set within a rural campus in Berkshire. It is located on 85 acres containing woods, sports pitches, and a kitchen garden. Outdoor education and extracurricular activity are fundamental parts of the school, both of which help Horris Hill maintain a whole-school community ethos.

The theatre, which is named after its main benefactor, Lord David Brownlow, founder of the David Brownlow Charitable Foundation, will significantly enhance the personal development of the 130 pupils attending Horris Hill. It will afford access to all aspects of theatre practice: performance, production, and design – and embed these into the culture of the school.

Outside of teaching hours, the new theatre will open up to the wider community through local theatre clubs and groups, providing facilities to sustain these activities at a time when countless art venues are closing across the UK. Designed to host school assemblies, music recitals, and drama productions, the development comprises three unique spaces, creating a building which is animated on all sides, activating the whole campus. The three spaces include a 160-seat auditorium and performance space; a congregating space around the entrance portico; an outdoor amphitheatre on the south elevation, facing the woods and school playing fields, which extends the theatre stage into the surrounding Arcadian landscape.

The design was the outcome of an invited competition, won by the practice in March 2016. The brief called for a theatre that would expand the arts and drama curriculum at the school – in recognition that performing arts improve pupils’ confidence, grasp of languages, debating skills, oratory and aptitude.

The theatre replaces a modular cabin built in the 1970s on the western side of the campus. The new building is positioned at a slight angle from its surroundings, to embrace the latent urbanity of the site, creating a civic square within the existing collection of buildings. Jonathan Tuckey Design has employed natural materials to create a passively ventilated theatre which sits harmoniously within the wooded setting of the campus. It is constructed of cross-laminated timber (CLT), an engineered wood structural system, and clad with Viroc wood fibre panelling. The CLT frame was chosen for its cost effectiveness and to reduce construction time on site; its specification has ensured a saving of 40 tonnes of CO2 compared to traditional blockwork.

The theatre draws from its surroundings by being consciously distinct in materiality and structure. However, the warm red hue of the Viroc elevations roots the theatre in among the earthy brick of the neighbouring Victorian buildings and more recent additions. The design is innovative in its use and articulation of sheet materials and flat surfaces. The Viroc was machine cut off-site from sheets to reduce waste, and pieced together by hand as one object of joinery.

A tall portico structure announces the theatre from the main point of arrival to the north and activates the new civic square in front. It will be used as a billboard to announce theatre productions and functions as
an assembly space for small groups of pupils. Inside, the CLT frame is
left exposed and lined with beech battens of varying depths to reference the articulation of the external façade. The repetition of battens is more regimented at the base to emphasise the solidity of the structure, and diffused as it ascends to create a sense of a firmament in the upper part of the theatre. Light grey acoustic panels are introduced throughout to absorb sound and prevent echoes.

The undulating ceiling, finished in a deep dark blue to represent the night sky, has been acoustically modelled to project sound from the stage into the auditorium. The floor is black polished Viroc, cut into a pattern to reference the ornate stone floors of Renaissance churches. The arrival sequence is through an entrance lobby, acoustic threshold and entrance corridor into the auditorium with the stage, backstage area and loading bay to the rear. Storage and toilets are concealed beneath the raked seating accessed from the entrance lobby.

The project draws inspiration from Christine Boyer’s book, The City of Collective Memory, in its recognition that the theatre will be a stage set for everyday life. The design borrows historical motifs such as the standing stalls of Tudor theatre, classical theatre proscenium and colonnade, as well as motifs from Renaissance ecclesiastical architecture. 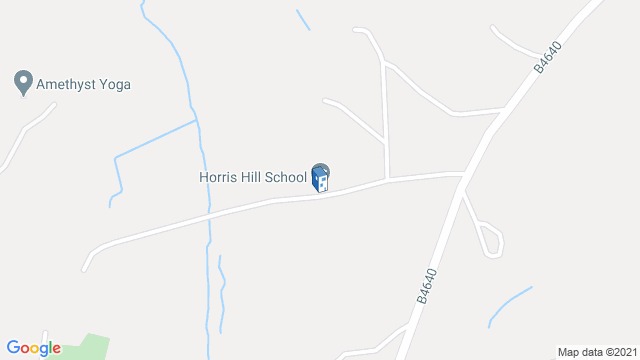 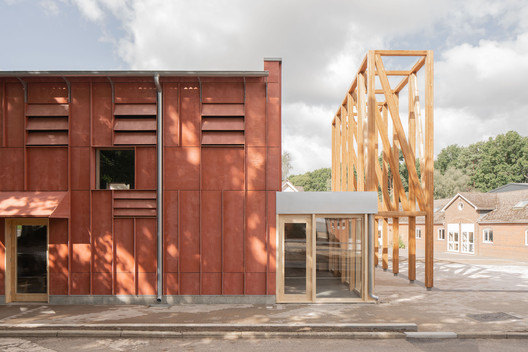