Scott Brownrigg have been appointed to design the 44 hectare masterplan for The Barony, a wellbeing and cultural visitor facility in East Ayrshire, Scotland. Made to transform the site of an ex-coal mine, the project will include 344 villas, a reception, spa and visitor center, as well as ecological sites for produce and research. Led by Board Director Neil MacOmish, the team developed the concept to embrace the site's topography. 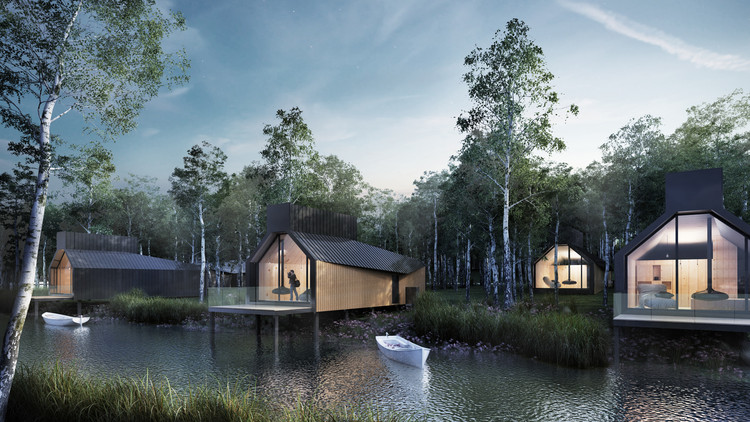 There is a substantial level change from the access road to the north down to Lugar Water, a famous river at the southern end of the site. As the team notes, the design makes use of the ‘A’ frame of the previous colliery to convey the site’s original heritage, and to mark out a series of zones within the site and a processional arrival sequence. In the same vein, the reception building will be articulated by a transitional, gabion basket stonewall that acts as the threshold between one world and another.

Working with international tourism consultant, Professor Terry Stevens, the design envisages a ‘dispersed hotel’: a mix of villas, tree houses and geodesic domes. It is a concept inspired by the site’s pastoral setting. Following the appointment, a full planning application will be submitted in Q1, 2021.