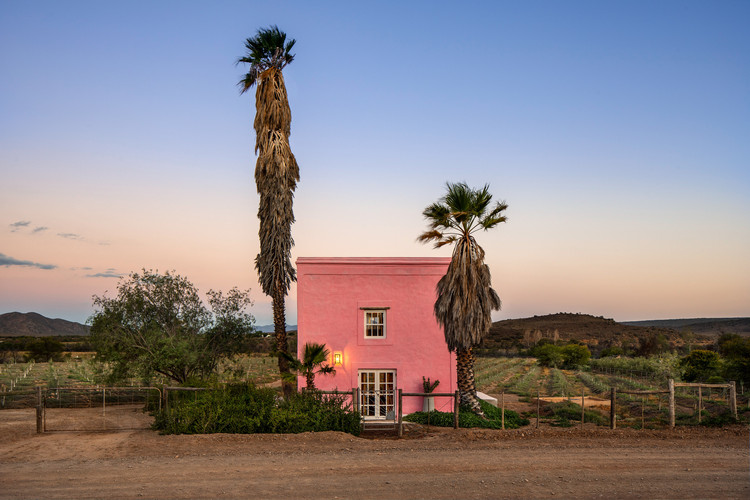 Text description provided by the architects. The restoration of the ensemble of heritage buildings on Buffelsdrift, west of Ladismith in the arid Klein Karoo region of the Western Cape, by SAOTA and Jaco Booyens Architect, a specialist in clay buildings, recently won the gold medal at the seventh edition (2019) of the international Domus Restoration and Conservation Award (www.premiorestauro.it) in Italy. The award recognises “excellence in the field of restoration, redevelopment and architectural and landscape recovery at an international level”.

The restoration involved a cluster of Cape buildings in a valley beneath the Swartberg mountain range, consisting of a main house and two barns, plus a store. A short way off is a flat-roofed building, typical of the Ladismith style, which was originally used as a wine store. Other structures on the property include a contemporary shed, a cottage further up a hill and a graveyard.

The house, barns and wine store were all restored. SAOTA director Greg Truen, who acquired the farm in 2016, notes that while minor additions and modern alterations had been made to the buildings, the original house, was “in good condition, considering” and that the barns were “fundamentally untouched”. In the main house, evidence of earlier refurbishments in the 1970s, were stripped out, while modern kitchen and bathrooms were inserted in an adaptive approach to conservation. A new pump house was added near the dam wall on the property. Its design and construction were an experiment in contemporary architecture using the same materials and techniques as the heritage buildings, including poured mud or “cob” walls, as well as brick vaulted roofs. The landscaping around the house took the form of a series of low terraces.

Licences to graze livestock on the land date back to the mid-1700s, and it is clear that it was farmed before the 1800s. The original circular farm was divided into smaller parts over the years. The main house on this portion on the farm dates back to 1852. The date and initials IWDV, Isak Wilhelm van der Vyver, are inscribed above the door. The Van der Vyver family was associated with Buffesldrift as far back as 1768, when they first leased the farm.

Incidentally, 1852 was the year in which Ladismith was proclaimed, unlocking growth and development in the area. Fruit trees, grapes and other crops were farmed in the valley, although by the late 1800s and early 20th century, crops were largely abandoned in favour of ostrich farming, which brought great prosperity as a result of the international ostrich feather boom. The collapse of the fashion for ostrich feathers, war and drought brought economic devastation, and the once-bustling valley was largely abandoned. Now olives are commonly farmed in the valley.

The front section of the house consists of a central living room with a bedroom on each side. The T- section included a dining area. While the front section had yellowwood beams and ceilings, the rafters in T-section were exposed. A lean-to section with a fireplace had been added in one of the elbows of the T using sundried bricks. It was being used as a kitchen.

The house and barns had been constructed according to the usual technique used by Dutch settlers in the Cape, with walls of poured mud or clay, cast layer by layer about 700mm wide. “This method of construction – ubiquitously used by Dutch settlers, trekboers and later Voortrekkers – requires a source of clayey ground into which is added ‘a good proportion’ of sand and grit, possibly straw or dung, combined in a pit, all trod through by oxen-hooves in span,” writes Fisher (quoting William John Burchell’s Travels In The Interior Of Southern Africa). 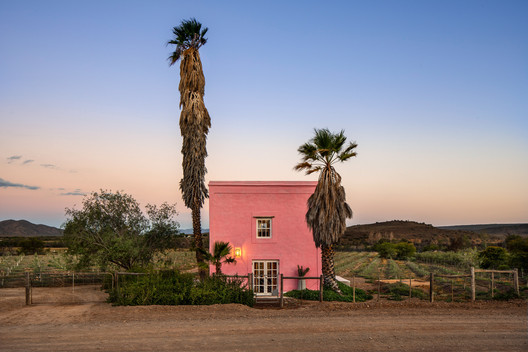