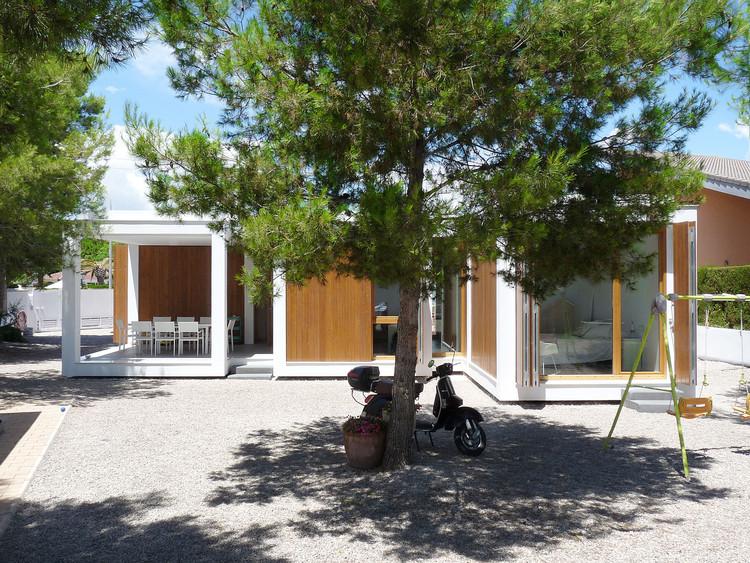 Text description provided by the architects. Located in a residential area near Valencia, the project consists of making a house in 5 phases to ensure the evolution from a temporary house to a final home. The strategy is to use all the available space of the plot and achieve a common architectural and landscape image whose frame adapts to the preexisting house.

The house is immersed between the pines of the plot. Oriented south-east, it takes full advantage of the rising wind, so pleasant on the Mediterranean coast. The construction of this extension is the reflection of its ability to merge with the surroundings without distorting the existing scale.

To ensure its adaptability, the project is designed to fit in with the module of the existing prefabricated house. This way, it will be possible to replace the position of the prefabricated house in the near future and then replace it permanently. The strong image of the structure on the facade testifies to this modularity.

In order to be aligned with the existing house, it was advised to elevate the new volume. The house floats over the garden ensuring the relationship between the interior and the exterior.  The wood on the facade respects the chromatic range of the existing house. The white plaster reinforces the Mediterranean character of the project giving it great luminosity. 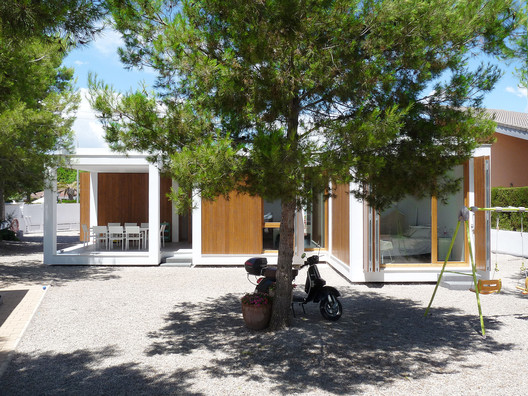