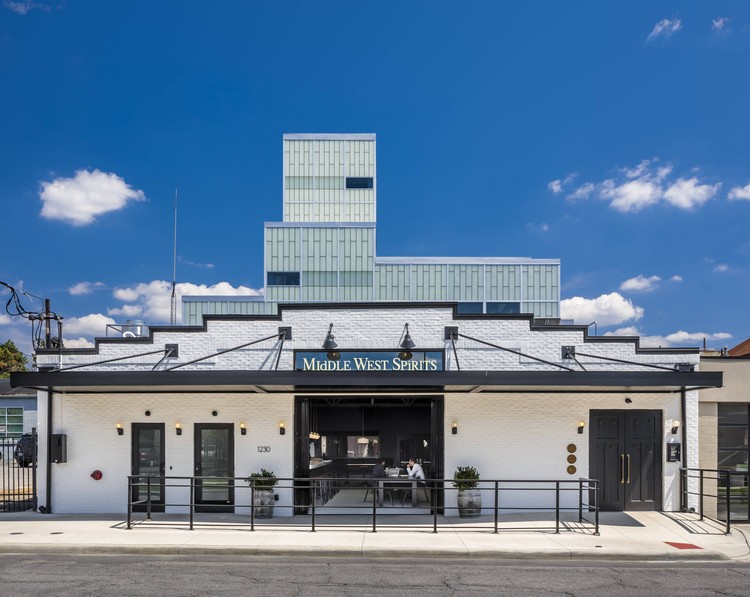 Text description provided by the architects. Middle West Spirits operated their artisan small batch distillery business from a 10,000 square foot, 1920’s era historic warehouse structure in a quickly gentrifying urban neighborhood of Columbus for several years before deciding to expand. Their plans to increase their capacity required new distillery equipment, including stills of 50 feet and 35 feet in height and several large mashing tanks, as well as a public tasting room, bottle shop and offices. To accommodate this equipment, a center portion of the original steel bow truss and wood roof was removed and a new 50 foot tall, tiered steel structure was inserted over new foundations below.

The new structure was clad entirely in Kalwall panels, creating a monolithic white tower with a both striking and subtle daytime presence and a glowing, beacon-like quality at night. The tasting room and adjacent private function room feature exposed ceiling structure with a new skylight over an antique bar and seating. A large set of collapsible window panels open to a street-side patio. In this way, the re-imagined distillery directly participates in and amplifies the lively retail and entertainment neighborhood.

Behind the public spaces, the production area features a series of industrial, steel-structured mezzanine levels climbing to the uppermost sections of the stills to provide access for operations and maintenance and for public tours. The second level includes a public education space with a projecting frameless glass window to capture views of the neighborhood. The extremely limited site and the scale of the addition presented unique challenges for the project.

In its early phase of construction, a hole was created in the barrel-vault roof and 5 stories of structural steel framing assembled from within. At the framing completion, the tall stills were threaded by crane through the steel structure, with inches to spare. The production space is considered a high hazard space, requiring blast walls and explosion-proof lighting fixtures throughout.

The singular, monolithic nature of the addition and its disconnected relationship with the ground plane create an ambiguity of scale - at its essence, a scale-less tower. Its contrasting relationship with the historic warehouse clearly illustrate its role as a “parabuilding” – that is, an addition or alteration (“parasite”) to an existing building (“host”) that transforms the essential character of the original structure. 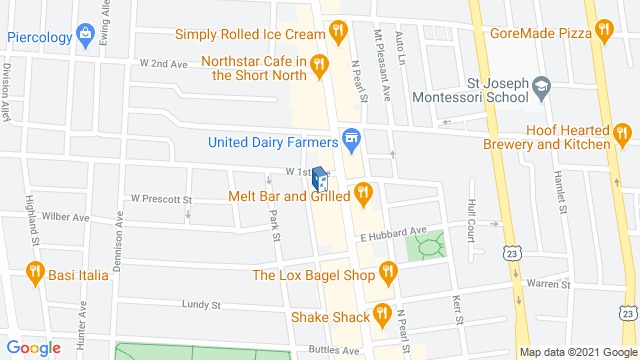 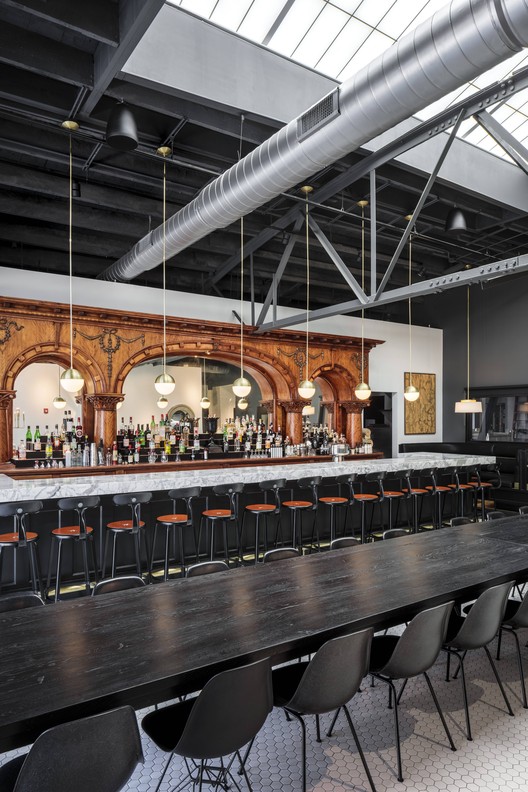