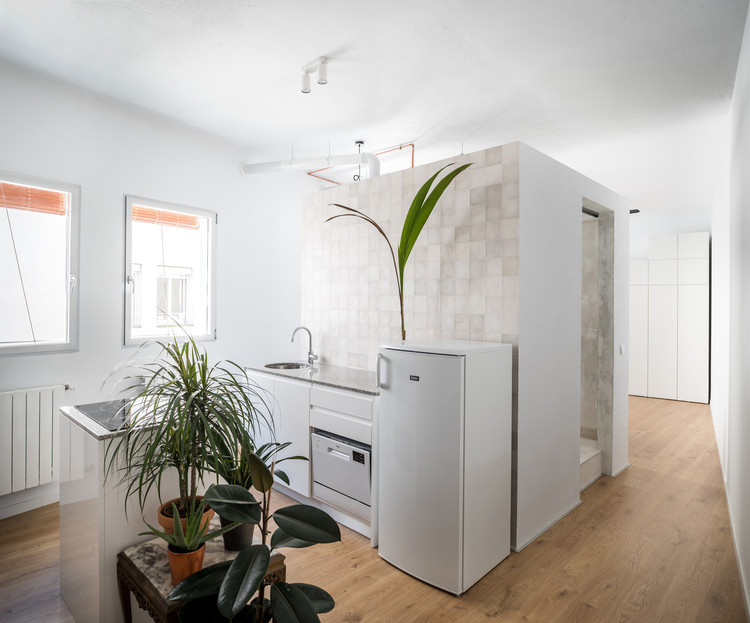 Text description provided by the architects. The project, located in the Arganzuela district of Madrid, is the renovation of Jaime´s small and haggard apartment, compartmentalized in narrow rooms, with high ceilings, thin partitions and even thinner windows.

Permanent collaboration with Jaime and the ideas considered throughout the shared creative process allowed for a productive discussion on how to articulate a single domestic room without any partitions. From the beginning the main goal was to achieve a natural and fluid movement around agreed or spontaneous landmarks, originating from the speed that comes from the relations between the body and the space, rather than from the imposition of walls and doors.

Every partition was therefore demolished, and once the original conditions were reinforced and isolated, we decided to host a central volume standing at barely two and a half meters high. The volume articulates the quotidian rehearsal around the room while concentrating all the humid areas at the center of the apartment, serving as a bathroom and as a kitchen.

The volume is rotated 10 degrees in the xy axis in order to generate different intensities around it and different connections from it. Once inside, the side of the shower has a door that faces the bedroom and a window, whereas the access to the toilet is located in the more intimate corner of the room.

A triangular platform was built above the entrance to the apartment in order to generate a threshold feeling, serving as well as a storage space.

The materiality and the textures were considered a fundamental tool to reflect the fluid age of the space and time in the apartment. All the original textures on the walls and ceiling remain, except those that were panelled with plasterboards and isolation. The scars remaining from the demolition of the partitions were painted over in white and the inner and outer surfaces of the central volume display two kinds of white cement finishings, laying out different shades of the material.
Now its up to Jaime to continue with the project. 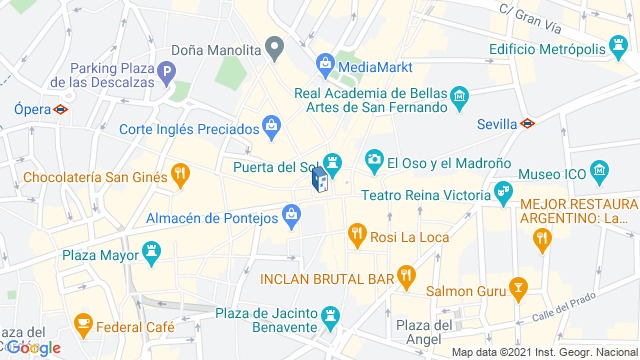