Zaha Hadid Architects (ZHA) has won the design competition to build Tower C at Shenzhen Bay Super Headquarters Base, in China. The winning design is a multi-dimensional vertical city of two naturally-lit towers that respond to the city's urban intersections. 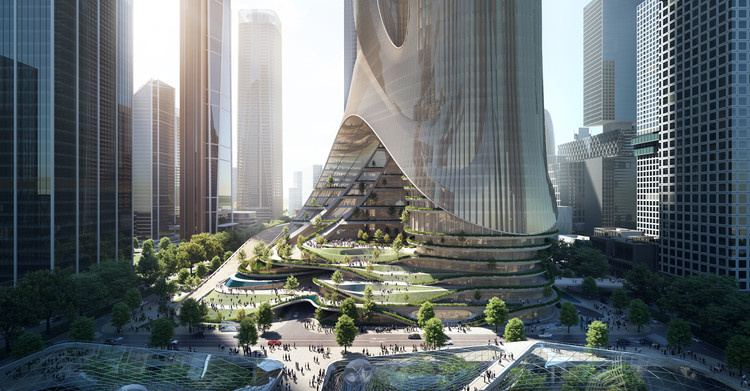 The proposed tower responds to the city's intersection of the north-south green axis and east-west urban alley. The architecture connects with the adjacent park and plazas, transforming into a terraced landscape, and extending upwards between its two towers. This extension invites visitors into the center of the building where cultural and leisure facilities are placed. The towers are tied together with sweeping bridges that give panoramic views of the city.

The architects behind the project wanted to unite the urban landscape, and so they extended the Shenzhen Metro network, and integrated a stepped podium with the adjacent park, to ultimately create a new unified public space. Since the priority was the pedestrians, the architects included extensive bicycle parking spaces and charging facilities.

Based on the innovative 3D modeling tools developed by ZHA, the architects were able to optimize efficiencies in architectural massing, orientations, and façade-to-floor ratios. The team's final design stands at nearly 400m, wrapped with double-insulated glass curtain walls. The building's design and vertical channels incorporate natural and hybrid ventilation with environmental control for each floor.

In coordination with the district’s smart management systems and ambition to increase efficiencies and well-being, the project will be constantly monitored, evaluating external and interior conditions, adjusting the latter in real-time to reduce energy consumption. The project will also incorporate water-collection and recycling, as well as photovoltaics. All the aquaponics gardens situated on the terraces will biologically filter the surrounding atmosphere. Low-volatile organic materials will also be installed to minimize indoor pollutants.

The proposed building will be an important economical center in the Chinese city, serving Guangdong, Hong Kong and Macau. The project, which will act as a global technological hub that includes clusters of corporate headquarters, is planned to accommodate 300,000 employees each day. In addition to the business facilities, Tower C will Include multiple venues to host international conferences, exhibitions, and cultural programs, as well as residential developments, a transportation department, botanical lands. 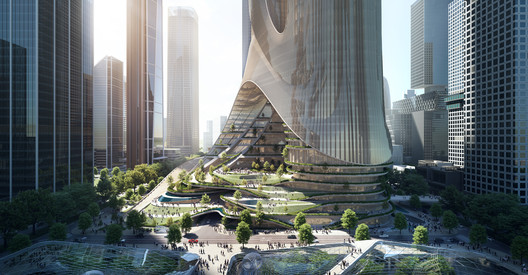