Save
Study for a Windmill / Gijs Van Vaerenbergh 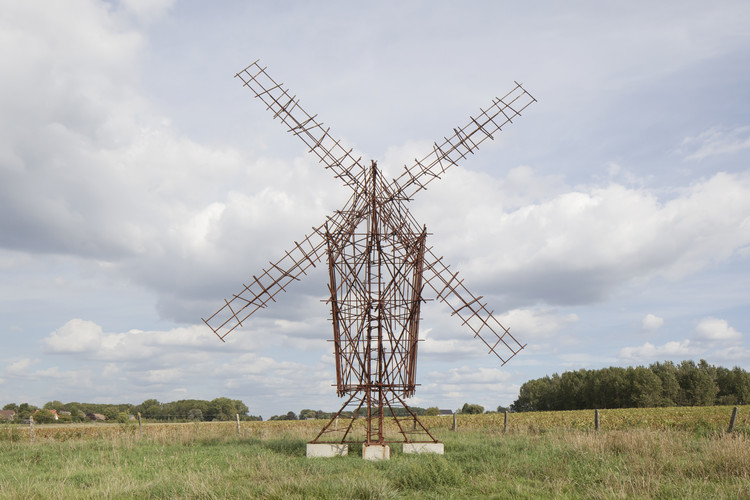 Text description provided by the architects. Architect and artist duo Gijs Van Vaerenbergh recently created a new work made of reinforcing steel situated in the open landscape of Dilbeek, the region that inspired painter Pieter Bruegel the Elder. It is said that Bruegel travelled several times from Brussels to the countryside to sketch views of this typical Flemish landscape. The Church of Saint Anne or the Watermill at Sint-Gertrudis-Pede, among others, are said to feature in the paintings and engravings of the Old Master. Another recurring element is the Flemish post mill, which can be seen in for instance The Procession to Calvary from 1564.

Study for a Windmill is based on this typology that Bruegel often used and places the windmill back into the Dilbeek landscape. Gijs Van Vaerenbergh freely recreates this landmark of yesteryear.

A line drawing in steel. Gijs Van Vaerenbergh brings together the spontaneity and ephemerality of drawing and the tangible and monumental nature of architecture. Their windmill, like a materialised line drawing, rises above the undulating landscape. The sculpture is a ½ scale model of a post mill, made out of reinforcing steel, evoking a sketchy interplay of lines. Seen from a distance, the work seems to disappear almost entirely. Up close, Study for a Windmill stands out against the wide open skies and shifts according to the spectator’s point of view.

Reinterpretation. This work evinces the duo's characteristic play with references; not only art-historical references, but also allusions to the meaning of a place. In doing so, they further develop their oeuvre of spatial installations that bring to the fore the site-specific qualities of a place. They achieve this through the introduction of elementary architectural and artistic typologies - such as the gate, the bridge, the dome, and in this case, the mill - which are interpreted in novel ways. Study for a Windmill is not only a tribute to Bruegel's mill, but also a reference to its significance in the region's productive landscape, a recognisable landmark that has long since disappeared.

Bruegel's Eye. The work by Gijs Van Vaerenbergh was created in 2019 for De Blik van Bruegel (Breughel's Eye), an exhibition in public space in the surroundings of Dilbeek, organized at the occasion of the Bruegel Year and curated by Stefaan Devoldere. The exhibition was on view from 7 April to 31 October 2019. Study for a Windmill is one of the works that will remain at the site permanently. 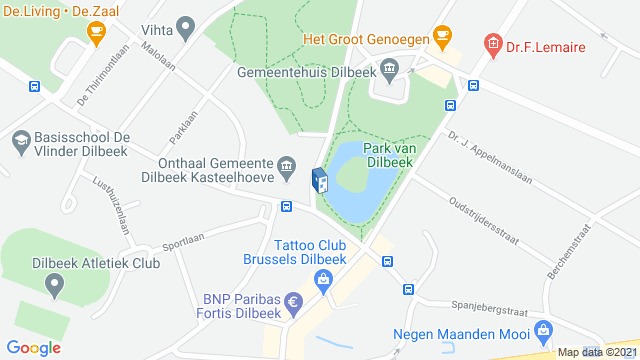