What might be called the Art Fair Industrial Complex has been an ambivalent force on both art markets and art itself in recent years: in one view, fairs offer their attendees chances to see international work they wouldn’t otherwise have access to; in another, the vast mall of it all dulls context into commerce.

Such questions were put on hold with COVID-19 but as signs of life return—the Istanbul Design Biennale takes place through May 2021, overlapping with the projected return of Art Basel Hong Kong in March—it’s worth thinking about how such massive enterprises use space once it’s safe to inhabit them, and what the ethics of such inhabitation might be.

Those were on the mind of National Gallery of Victoria (NGV) director Tony Ellwood as he and his team assembled 86 projects by more than 100 creators across some 30 countries for the museum’s second NGV Triennial. “The biggest challenge of the fair was freighting,” says NGV’s director Tony Ellwood on the phone from Melbourne, noting international shipping became more fraught (and expensive) than usual. In response, and also due to what he calls “a gaping hole in our programming,” Ellwood and the curatorial team included local artists like Dhambit Munuŋgurr, whose immersive installation Can We All Have a Happy Life comprises paintings and poles made in the Aboriginal community of Yirrkala.

Most of the triennial’s artists won’t be able to make the trip to Australia to see their work in person, though, reducing their own carbon footprints (though shifting the environmental impact of the fair onto the energy costs of Zoom and Skype). In their absence, some participants will shift responsibility for creating work onto those who will be present: Berlin-based Adrian Piper, for example, will recreate her 2012 The Humming Room, in which a security guard demands visitors hum a tune before being allowed to enter a space. Refik Anadol lets machines do the work for his Quantum Memories, an enormous digital wall created (and constantly recreated) by AI, machine learning, and quantum computing, which seems to break through the third dimension like a barrier reef at the shore of an uncanny valley.

In the hands of Faye Toogood, the museum’s period rooms become investigations of the various ways furniture interacts with light from the sun, the moon, and candles. Pieces from the NGV’s collection mix with her own work, including seating made of silver nitrate or masking tape to recast the possibilities of domestic space. These early 15th-century European rooms might be currently unfashionable, but they continue to define ideas of home; and while women were often relegated to them, they also transformed them into salons and other hubs for culture, a potential worth remembering at a time when so many of us are stuck in the safety of the rooms of our own. In the candlelit room, Toogood installed a Rembrandt and busts of her own family, made exquisite-corpse-style in circumstances reduced by the pandemic. “The sculptures started to appear out of fabric, Amazon boxes, car paint, anything I could get a hold of,” Toogood says via Zoom from her base in London, because at the height of the pandemic’s first wave, “materials were just gone.”

What will remain of our cities once the new normal arrives? As the very existence of so much of urban identity—from bustling museums to sweaty nightlife, from the bars you have to elbow into to the little shops and restaurants that fuel it all—remains threatened by hygienic and economic catastrophe, Australian film director and “speculative architect” Liam Young has reconceptualized an urban environment from the ground up in Planet City, which will be projected at the triennial and then remixed into music videos, a documentary series, and a book published by Uro in January 2021. “We track a 365-day festival through a city that doesn’t exist yet,” Young says over Zoom from his studio in Los Angeles, “a global celebration, not a cyberpunk dystopia requiring a single hero to solve it but rather an expression of collective action. It’s not a top-down master plan.” While it does map out how a city powered entirely by existing, renewable energy systems might work, and the food and travel patterns its citizens might enjoy Planet City also argues for a future in which we are encouraged to stay closer to home and slow down in general—a rosy spin on current pandemic lifestyles.

Ellwood also aimed to slow down attendants in front of a recent major acquisition, Lee Ufan’s 2017 painting Dialogue, in which a brush with multiple colors marks a white canvas with a single stroke. “We came up with this idea of a portal that would grab your attention and bring you into a different mindset,” Ellwood says. Japanese architect Kengo Kuma collaborated with Melbourne artist Geoff Nees to realize the Botanical Pavillion, a graceful arch with a tessellated interior of wood culled from felled trees at the nearby Royal Botanic Gardens. “The forest is the ideal for my architecture,” Kuma said via phone from his office in Tokyo. “I wanted to create as natural a shape as possible, without a square plane. I know Lee Ufan personally and really respect his artwork. He has a strong nature, and our installation shows the same spirit of simplicity.”

Berlin’s Alicja Kwade was after something a bit more complicated in her WeltenLinie installation, which secrets iterations of wood in a maze of double-sided mirrors. “You’ll meet a tree in different conditions,” she says over Zoom, “a table, petrified, a burned trunk. It’s meant to be confusing: The mirror works as a tool to change the objects with shadows.” The work is a poetic response to its moment, where life can shift with a cough or a tweet. “Reality is just something we create with our limited senses. Maybe that’s why I’m interested in confusion, because I’m not very sure about the floor I’m standing on. It’s just a temporary event!” Much like the triennial itself, which runs through April 18, 2021. 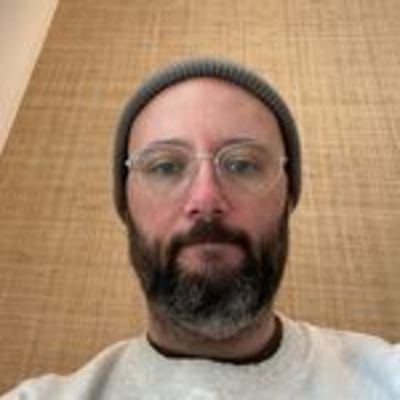 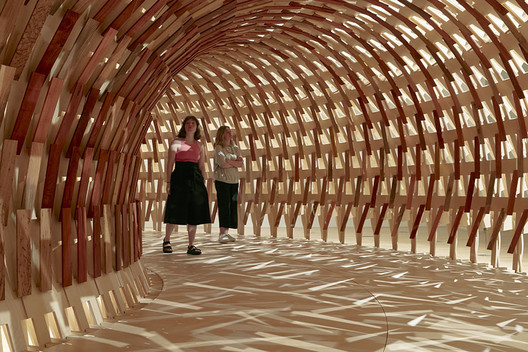