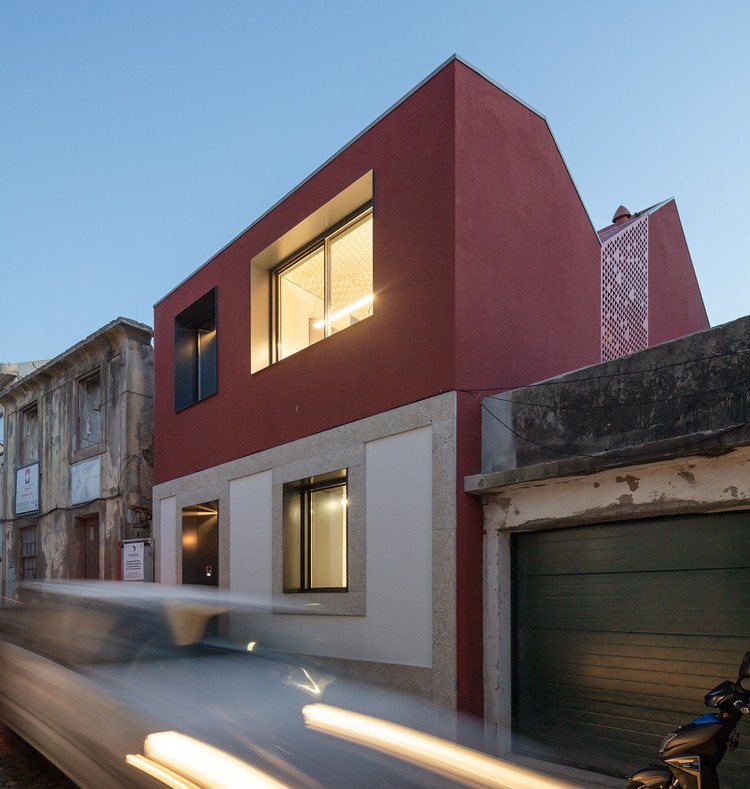 Text description provided by the architects. Inserted in the urban fabric of Foz Velha - Porto this detached house seeks the balance between the remains of its history combined with contemporaneity. A characteristic that extends from the façade, which preserves and rehabilitates the lower level according to the existing one, to a higher level, which assumes a formal language of its own. The steel rings protruding from the wall serve not only as drip edges but also as chronological union elements.

Considering the space that becomes scant, it is urgent to enhance the constructive capacity of the site, vertically lengthening the building. The house consists of a wide façade only, flanked by two blind facades and a back wall where the inner space may fleetingly breathe into a small patio. The premise of this framework has immediately led to a structure of intermediate floors, in order to facilitate the rise to the social space of the house, which is at the highest level. This verticality is accentuated by a generously sized skylight combined with cantilevered staircases, which seem to lure the user from the very first moment on the inside. The private spaces, where the use of wood is predominant, become hidden in this path.

Despite this criss-crossed distribution, the communication between spaces is a constant, and the visual relationship between the living room and the kitchen is reinforced by an intermediate patio where a steel element becomes the centrepiece, establishing the filter to the outside world.