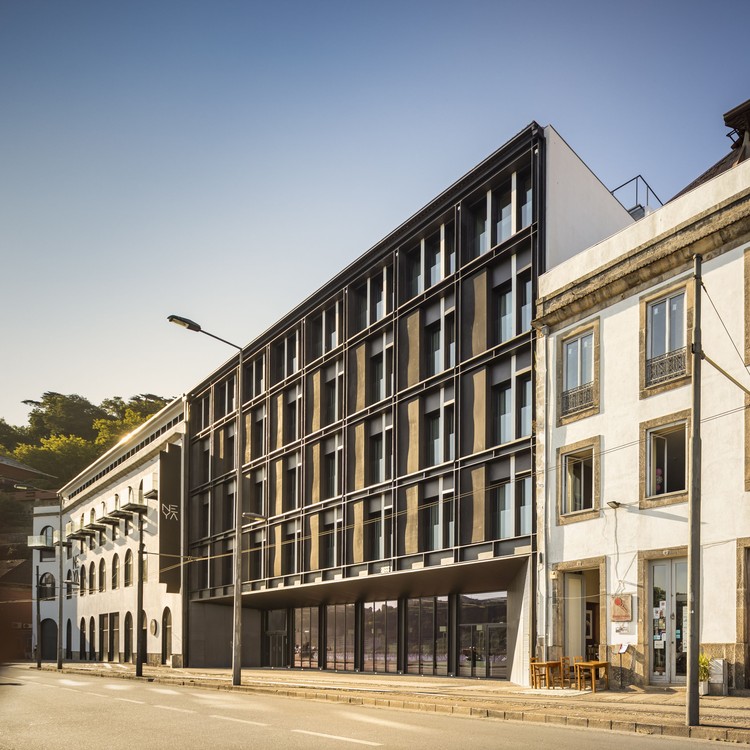 Text description provided by the architects. The building is located partly at the old Convent of Madre Deus of Monchique, and the old industrial warehouses. The whole building is a couple steps away from Alfandega, in Oporto historic centre, classified as UNESCO World Heritage since 1996. Sustainability and innovation were some of the main features of this project, pushing this project’s development to always take into account the principles of sustainable architecture. Therefore, a reutilization of existing materials such as wood, stone and metal and their readaptation to a new purpose, was a constant feature throughout the whole process. “ We recovered roof tiles from the old roofs, wooden flooring from the old warehouse, some pillars and metal beams of the old factory “Fabrica de Massarelos” and we reutilized the granit stone from walls which were demolished”

When considering innovation linked to sustainability, a glass roof with photovoltaic capacity was projected and built, that covers the space occupied by the convent’s old church. The glass maintains a slight transparency, thereby partly filtering sunlight while producing energy for the hotel in a clean and non-polluting fashion. On the other hand, the permanence of natural light delivers to the space its dignity and the mysticism associated to a romantic ruin. The innovation and sustainability were also found in other parts of this project, most prominently in the reusage of sanitary waters to water the gardens, as well as in using the water of the existing springs for the refrigeration of the hotel AC system.

Created by PK Architect´s studio, it had the collaboration from Coletivo ODD, and is signed by the Arquitects Francisca Magalhães Ramalho, Sérgio Bernardo, André Almeida and Gonçalo Moreira. The decoration is a continuum of the architectural project, in partnership with the decorator, Inês Albuquerque Lima. The integrated nature in which all aspects of the project were worked on, has led to an overall cohesive and coherent result. 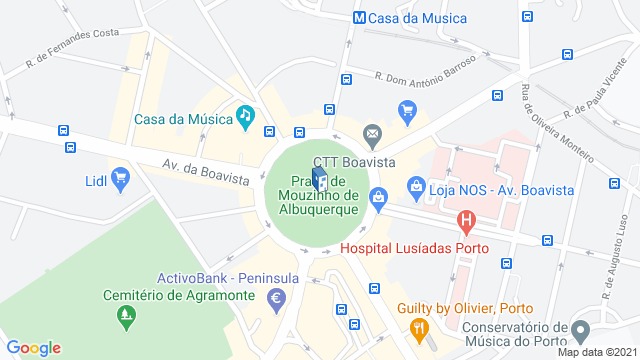 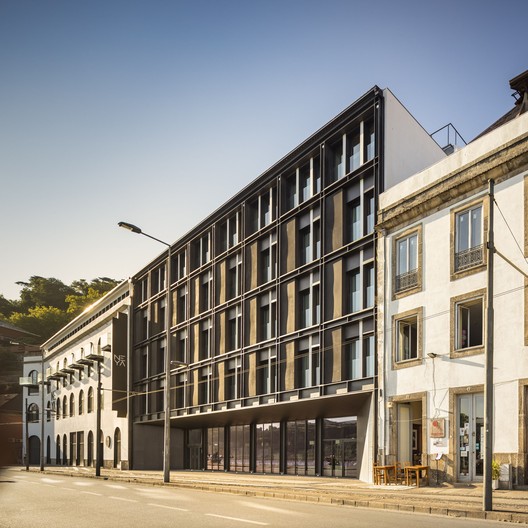