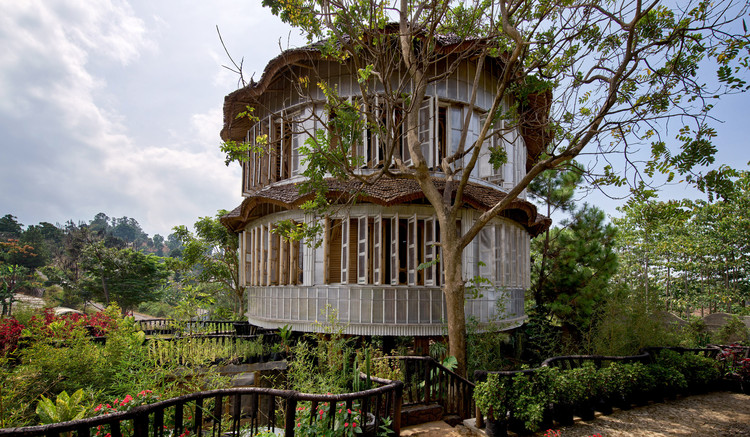 Text description provided by the architects. Piyandeling is a new project consisting of The Residence and Artisan Workshop The concept is elaborated from the previously Realrich Architecture Workshop (well known by RAW Architecture)’s “Guha” project. Piyandeling is located in a tranquil area of Mekarwangi Village, North Bandung.

The Residence consists of a three-storey house with a grid 3.0 x 3.0 m  for 1 family consists of 2 kid bedrooms, 1 master bedroom, and shared bathrooms. The building envelope is openable which is constructed with recycled 300 x 600 mm plastic panels to cover and protect the inner bamboo structure. The plastic panel is recycled from 99 percent Sumarah Pavilion, that is why the residence is named Sumarah.

The envelope forms an 800 mm service corridor with double cross air ventilation and double wall insulations to the core living space of the building. This forms an adaptation of traditional and more industrial approaches mixing traditional joineries and glued joinery of bamboo. The technique is elaborated from Guha Bambu and Alfa Omega Project. which allows the experimentation of 3 storey of the bamboo structure by the diagonal bamboo structure of the floor plate construction.

Construction of Piyandeling is designed as an exercise using 3 types of main material such as recycled plastic, a local type of sympodial bamboo, and local stone for the foundation. The composition started as an exploration on how bamboo craftsmanship integrated with modular rectangular space to create such integrated craft carving bamboo composition from the ceiling, floor, column, door handle, lock, and finishing details handcrafted in site creating art and craft composition in the whole integrated space.

The Artisan workshop which is named Kujang is a two-storey floating structure for an open-air hall for meetings and gatherings connecting with organic farms. It is constructed from the 4 - 5 m grids of bamboo structure and covered with Nipah leaf combined with a waterproofing membrane for the roof. Forming the Julang Ngapak as a traditional West Java vernacular building, the playful balustrade of bent bamboo is played as a more elaborated hyperboloid form, it is stronger, and more flexible and creates a silhouette of the natural movement of birds or movement of Kujang which is a traditional weapon in Sunda Tradition.

The other building (named saderhana) is basically a simple 1 storey of two buildings on the perimeter as dentist space, and design studio, and the underground space. The 1 storey building was constructed with stone as a platform and bamboo as a roof providing a "Talahap" / overlapping curve traditional bamboo construction covered with layers of waterproofing membrane and Nipah. The underground studio is constructed with bamboo skeletal and concrete which forms a retention wall and carved bamboo shape formworks. The idea is creating finishes that are raw, basic, humble, and honest in the expression and forming such economic sensitivity.

Piyandeling is an example of bricolage architecture. It is an understanding that to design and build something out of the land, the project needs to find the roots of Local Genius by understanding the adaptation of local craftsmanship and local material available on specific sites. 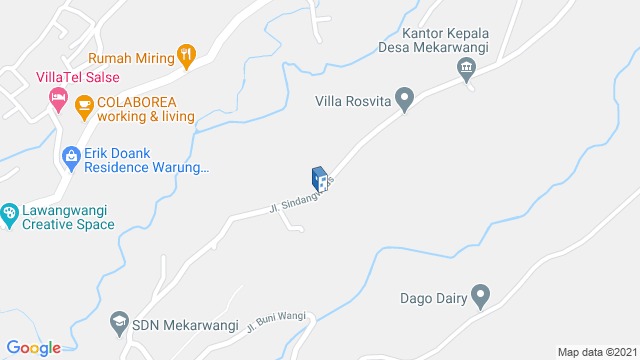 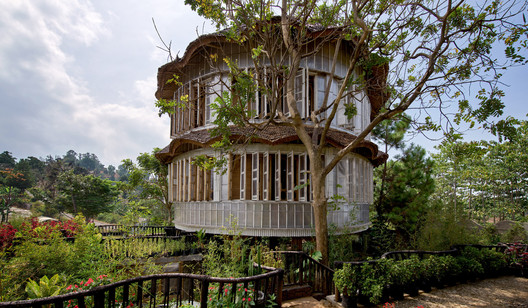