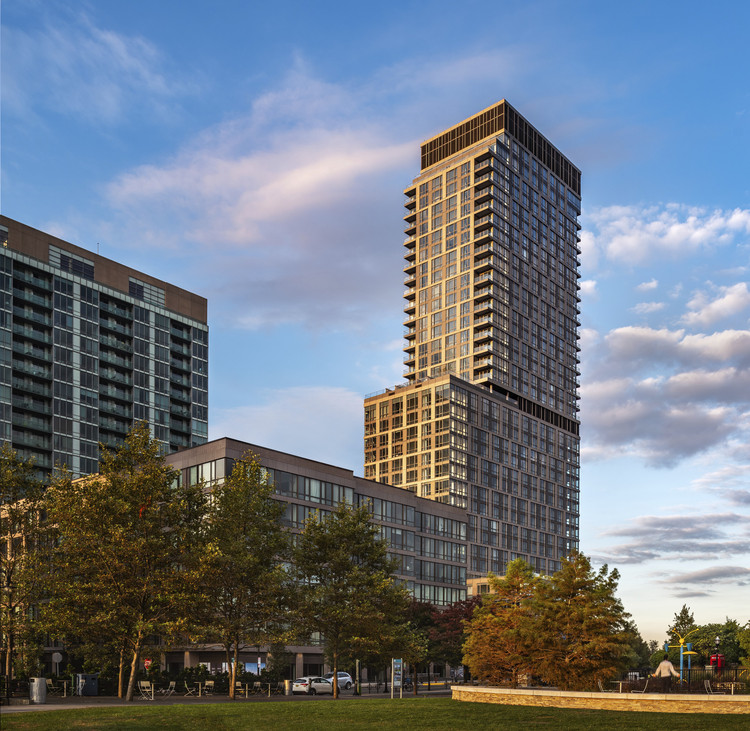 Text description provided by the architects. Located along the Hudson River waterfront, Park + Shore is a reimagined iteration of the brick-clad rental apartment buildings that were characteristic of the original Newport Development’s Master Plan. The site is comprised of two distinct buildings—75 Park Lane and Shore House—which stand at 38 and six stories, respectively. The taller of the two, containing 358 residences, is articulated into three distinct stacked, horizontal zones with a podium that maintains the narrow pedestrian street frontages with a low- rise base that extends to the street.

The tower portion is set back to respect the surrounding residential scale. Its façade is made up of a series of interlocking two-story frames with floor- to- ceiling glass. The façade strategy for the shorter 71-unit Shore House is a horizontally staggered series of overlaid, single-height warm gray metal frames and recessed warm darker brick panels with floor to ceiling clear glass windows. The staggered frames animate and modulate the façade creating a domestic scale that is less expected.

The two buildings are unified by common materials such as naturally colored metal and terracotta frames which connect them visually to the adjacent Newport Green Park and respects their context within traditional red masonry buildings. The result is a collection of hospitality experiences in a reimagined historical context with the interiors of 75 Park evoking the sophisticated legacy of American modernism, while Shore House is a grittier, boutique building recalling the industrial brick past of this neighborhood. 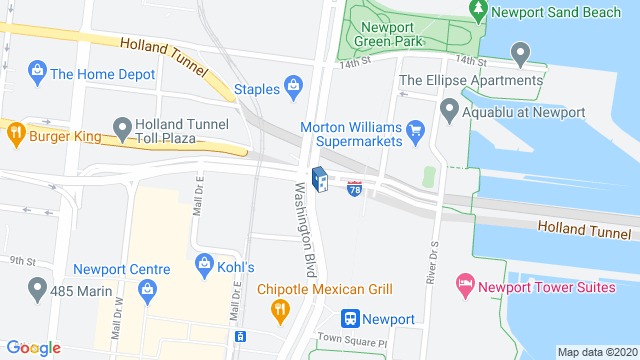 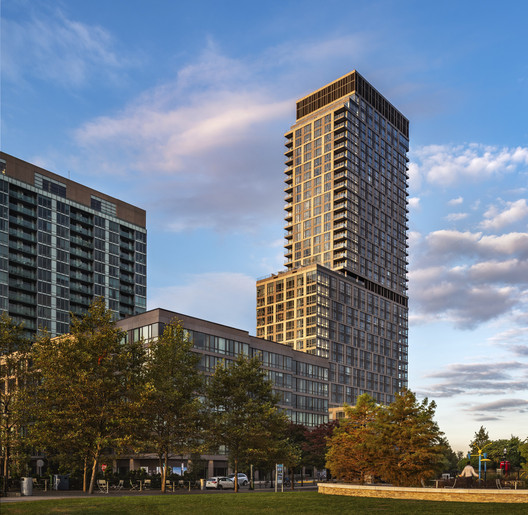