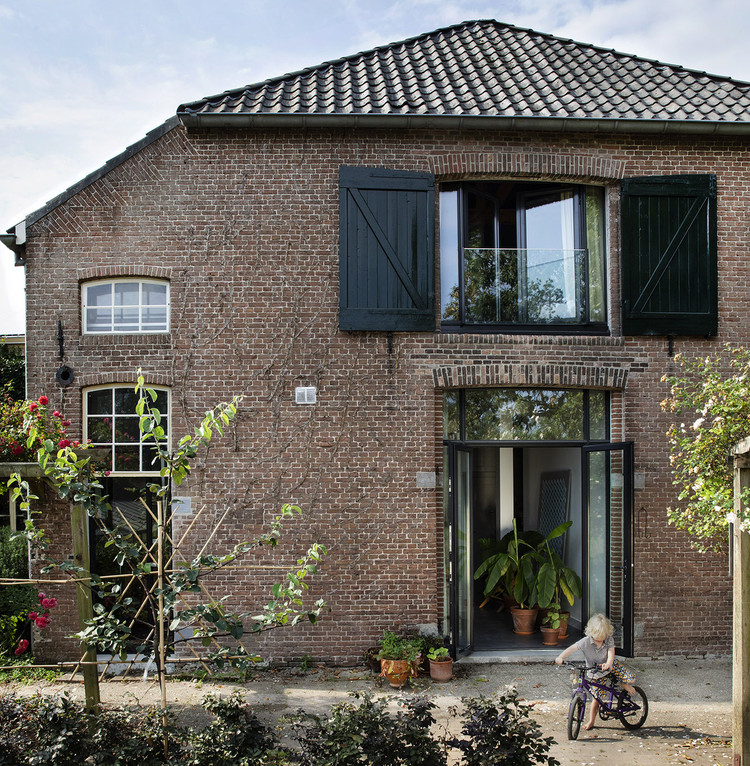 Text description provided by the architects. The village Rossum was founded in 893. Located on a river ridge between the rivers Maas and Waal in the middle of the Netherlands, the area is characterized by water and fertile soil, creating a rich fruit growing region. The type of fruit farm like apple farm ‘Nooitgedacht’ is a typical architectural style that originated here.

Our clients live in the left half of the apple farm, built in 1862. The building has a stately mansion at the front. A more modest storage and stable area has been built against it. The building has a protected status and bears the name ‘Nooitgedacht’*. The very outdated and dusty interior space is being tackled considerably.

Due to the presence of high windows the atmosphere is bright and friendly at some places. Maximizing this atmosphere is the starting point for the design that optimally guides daylight in and around with airy transitions through a void and large glass fronts.

The customization of the large stair element and the free-standing cassette element gives the room a contemporary elegance and dynamism. To create even more light and to optimize the routing, the bricked-up openings in the rear facade are opened and fitted with glass fronts. Elements present in the facade are the basis for the designs. Traces from the history of the building become part of the new layer.

New doors in the rear façade In the old situation, in the rear facade of the former stable section, all door openings were bricked up or closed with a standard door frame. To create structure in the routing of the house, two doorways are opened again. The new facade on the left is placed behind the masonry and upper window to preserve the building history. The bricked-up gate is opened again. Daylight enters optimally through a new facade with a glass balustrade behind the old closed hay shutter on the attic floor. 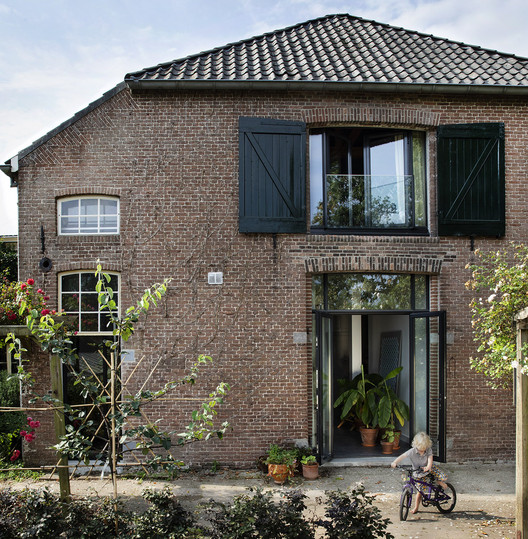