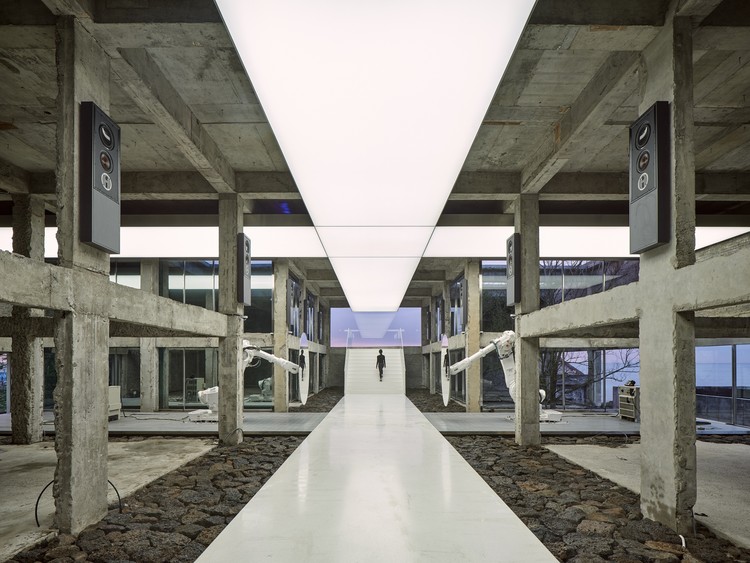 Text description provided by the architects. The site is located at the furthest reaches of Dongbok-ri, a beach town on the northeastern side of Jeju-do. On a hill near the shoreline, where the wind blows so often that the trees and grasses are growing sideways, parallel to the ground, two blocks of warehouses stand indifferent to their surrounding landscape. When I first came to see the ruins of what used to be a cold storage unit constructed in 1982, I was consumed by the feeling of loneliness emanating throughout this site. When the inevitable question arose during a revitalization project — that is, 'what will you leave and what will you make anew' — I wanted to cling on to the emotions prompted in me by the ruins. I also believed that a newly established narrative from this architecture would allow me to reexperience the ruins again as a new medium.

As with most revitalization projects, demolition came first. Demolition is always the continuity of difficult choices. I have to seek what is most essential, and I have no choice but to believe in that decision, I was confident that the oppressive spatiality of the size of the building and the orderly repetition of the rahmen structure that emphasize scale were appropriate. In the end, almost more than half the walls, except for the structural frame, were demolished. With the low opening that continued along the longitudinal side of the building, this newly created blank slate came to meet the sea's horizon while its high opening at its façade embodied the sky.

The principle was also the same for the second building. The partition wall was treated almost like a sculpture. I decided to keep the roof trusses that were placed 2m apart and the slate roof with holes. Again, I decided to leave untouched the tree that somehow grew into the concrete floor. This location's exposure to rain and sunlight, and the distant sound of waves, despite the lack of a seascape, could be used to retrace the sense of a desolate ruin.

Other than the basic demands of the gallery, the two warehouses were intended from the early design phases to be remodeled into multipurpose space that would cater to various cultural activities, while also building a new building that would house a café and a bakery. The client wanted the two galleries to be awe-inspiring, a feeling prompted by their sizes alone. The design stage was an attempt to rationalize emotions. I hoped that my experience of being mesmerized by the desolation of the ruins would be shared by the audience, even after the introductory architectural work of demolition and reconstruction.

Especially for a commercial architecture, like this project, architecture as a product can be interpreted in different ways based on how one understands mass as a user. In order to designate the tourist as the main user, background studies were conducted. One important thing that I found in the study was that most of these tourists travel with rental cars, and because of this, the travel journey usually takes place from destination to destination.

The unique property of a travel on a rental car is that it is largely predictable. Because it is possible to predict how long one will take for the transfer and the stay, most tourists decide beforehand on the route and destination. Their decisions are also mostly dependent on information found on blogs or other SNS platforms like YouTube. I randomly collected and analyzed about 10,000 images related to Jeju travel shared on SNS over the past year. By removing the recurring images in the collection and recategorizing using by keywords related to the project's program, natural environment, and geographical location, I was able to predict how this location would continue to be experienced through images in the future.

With this analysis- prediction model as the basis, the method of spatial direction and sequence structure for the story was decided. I then returned to the perspective of a designer to continue planning how I might realize this story with this structure. I selected the process of self-discovery within a ruin as the theme and designed its narration should be relayed via a sequence planned across two buildings. I replaced the surrounding environment and the architectural space with various symbols, such as the infinitely-expanding sea horizon, the unreachably ideal sky, the unsettlingly oppressive spatiality, the time-finite property of an aged material, the shining instance of sharpness of metal, and the disorientating forest, and hid reflective glass in various parts of the sequence for them to make the audience reflect themselves with the background.

The experience of continuous self-contextualization, as one which goes through a sequence of changing backgrounds. For a more accurate composition, the reflective glass was planned along with artificial lighting in order to allow for adjustment in the reflection/ transmission/overlap effects, according to the surrounding brightness. I think that the aim of commercial architecture is to contribute towards commercial success. In many ways, a commercial project can be an unsuitable field for an architect to realize his/her ideals.

However, the spectacle created by innovative architectural vocabularies, and now replaced by precisely planned commercial devices, do not always have to be the result of a vulgar persuasion. In that sense, I think that the commercial architecture of today is facing an interesting transitional moment. What kind of possibilities can an architect discover through this transition, where one must comply with the demands of both the public and capital? I hope that this project will be accepted by the public, like a well-made commercial film. 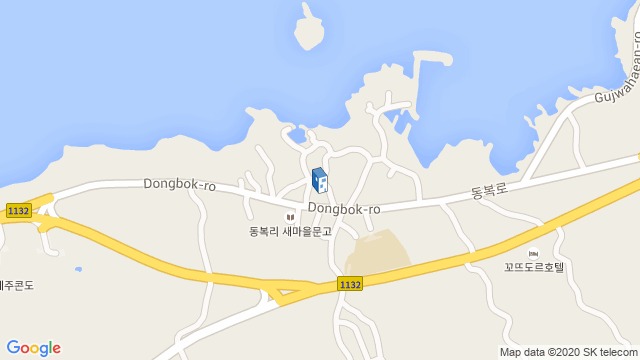 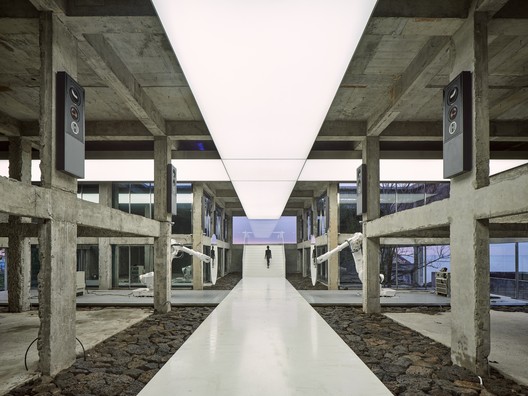