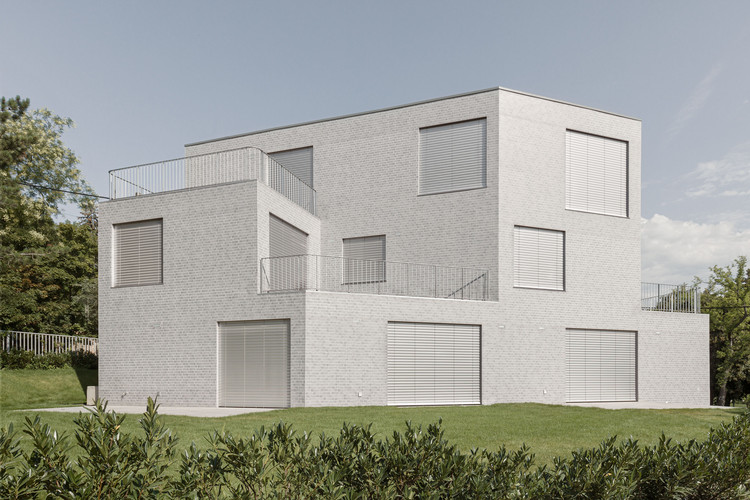 Text description provided by the architects. SA43 Apartments Project represents how to create unity on a plot of land in Budapest with vastly diverse features, with a complex client demand by the hand of young architects, on the superficial and sales-based Hungarian market of contemporary condominiums. SA43 Apartments Project aimed to bring a higher architectural quality to the medium-sized housing market in Hungary. This could be achieved with the close and continuous collaboration between the design team, builder and client started early on the conceptual phase.

SA43 was shaped by the definite development program and the characteristic features of the site. The triangle-shaped site is located in between two main roads of the 12th district of Budapest. Its north corner faces towards the busy junction, on the east and west side of the plot tall protected greeneries give some cover from the traffic, however, towards the sunny south side, there are calm gardens and pleasant city view in focus with the Buda Castle.

Protection from the noise, focus on the view, and the triangle shape of the site formed the massing of SA43 to an amorphous pentagon layout, which narrows to the north and broadens up towards the south. The functions and facade also follow this shaping. The main living areas with huge openings were placed on the sunny south side, mostly bedrooms with medium size windows towards east and west, and service areas with the main entrance on the north.

The building mass was pushed up to the north corner as much as possible, so to create a huge intimate garden facing the main living areas. To leave a minimum ‘scar’ on the green surface the garage entrance was positioned as close to the road as possible. The compact mass also helps to place more of the program area on the penthouse level, as it was a strong client requirement.

Because of the diversity of shape and huge randomized openings on the facade the building was made of in-situ reinforced concrete structure, behaving as a solid concrete ‘box’. The staircase block was placed in the center of the building where daylight is limited and can only be transported through the skylight. This central arrangement gives the optimal entry points for all the flats, where the public and private functions can be reached separately. The apartments were designed to have the possibility to be joined with the neighbour, turning the 5 flats into 3 condos.

The fine-grained, light-reflecting ceramic cladding, together with the façade elements of the same color, gently encircles the solid building mass. The homogeneous façade and the robust geometry blends together with the vegetation of the garden, thus continuing the inseparable tradition of Buda architecture - the common role of nature with architecture. 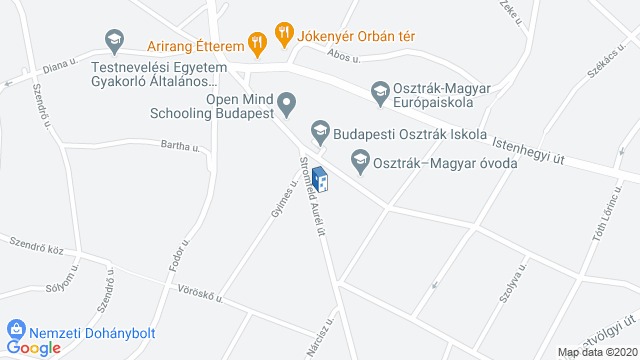 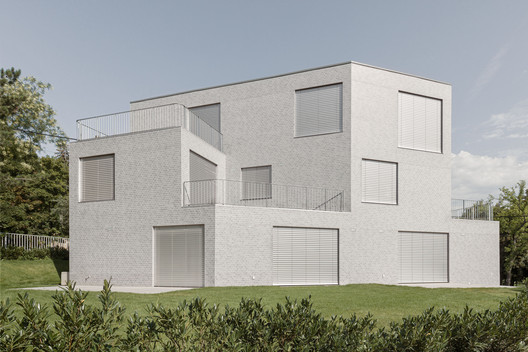