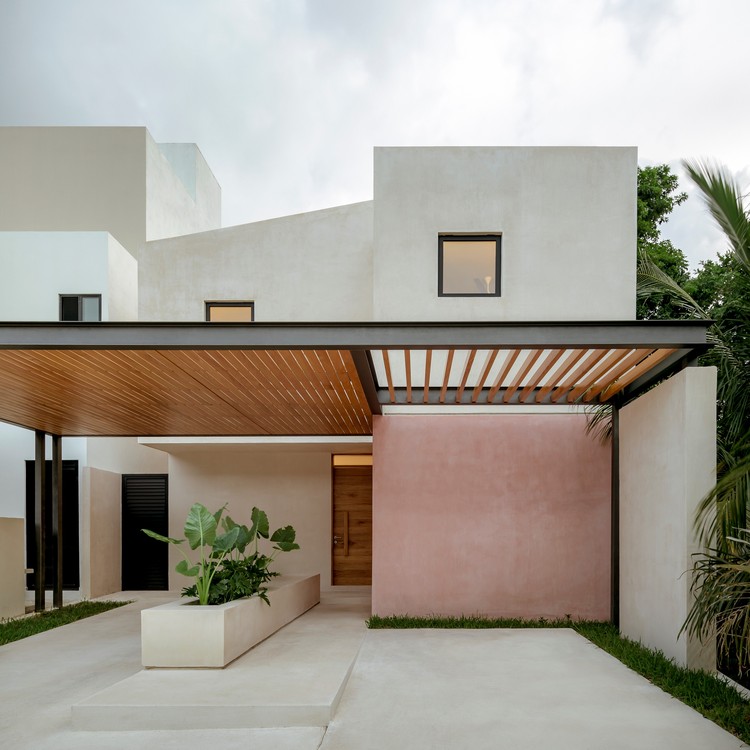 Text description provided by the architects. Pescador 14 is a house located in a residential neighborhood in south Cancun, where the land is delimited by adjoining buildings. The ground where this project was developed has a view to a privileged green area we wanted to capture in all areas of the house, without sacrificing the client´s privacy.

The house is conceived as a solid volume perforated in different parts of the scheme, generating movement in the façades, terraces, balconies and courtyards.

The outline opens its view to the park, with a set of frames which allow the connection between interior-exterior through voids and lattices. Inside, a double height was proposed as an articulating element between the two levels, which generates a greater sense of spaciousness, connecting the areas both functionally and visually.

The way to separate the project from the existing border was to provide the house with a service corridor which served also to illuminate and ventilate the east facade.

The materiality of the project had to reflect the traditional methods of the region; therefore, warm tones were proposed in the different materials; natural and pigmented chukum, wood, washed concrete and flagstone which was used in the apparent masonry.