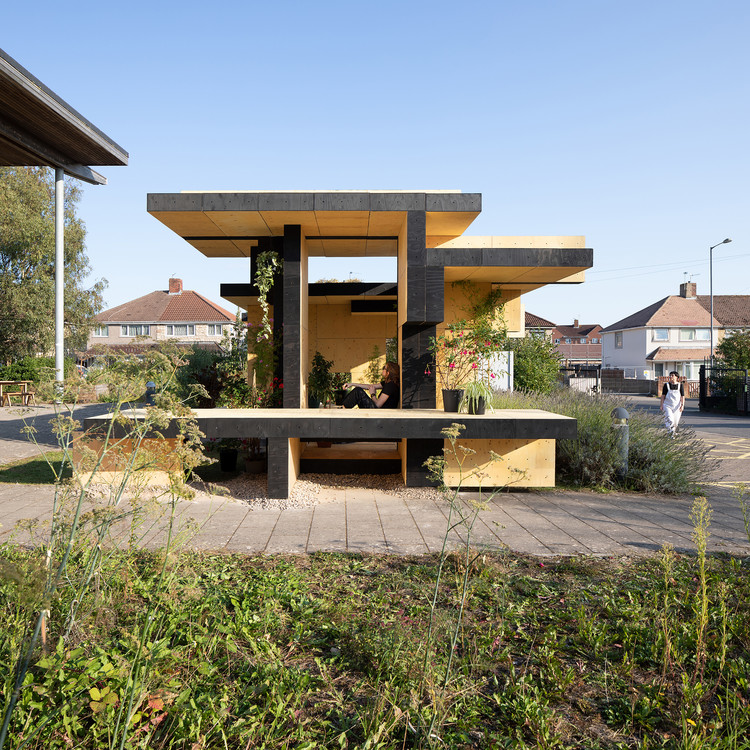 Text description provided by the architects. Against the backdrop of a government that underfunds affordable housing, new collaborations with research labs and community groups are reclaiming local housing production in Bristol, UK. Under the guidance of research laboratory AUAR Labs from The Bartlett School of Architecture, UCL, citizen-led digital arts organisation Knowle West Media Centre (KWMC) and social scientist Dr Claire McAndrew (The Bartlett School of Architecture), the local community in Knowle West ‘levelled up’ to reclaim the means of design technology and construction automation, by entirely co-designing, fabricating and assembling their own housing prototype. Called ‘Block West’, the housing prototype is built out of 145 discrete, lego-like timber blocks and was assembled together by the community in less than two weeks.

The prototype showcases the potential for local communities to take over the future of housing automation by placing their experiences and participation at the heart of local housing production. The local community of Knowle West learned to use a custom web-based design app developed by AUAR Labs alongside accessible automated fabrication technologies and new discrete building systems, allowing them to design the homes and community spaces that they need.

Block West was built using a groundbreaking discrete building system, called ‘Block Type A’, developed by AUAR Labs. The plywood timber blocks can be assembled and reassembled together in a variety of different kinds of spaces, much like lego, offering a wide range of possibilities for designing adaptable spaces. Pre-fabrication and assembly of Block Type A also requires very little specialised tools or expertise, making the system accessible to everyone with minimal training.

Block West is the culmination of the workshop series ‘Making Together’ that investigated the potentials of automated technologies for designing and making homes with local residents. During the workshops, which took place online during the lockdown period, the local community learned how to use a new design app developed by AUAR Labs for working with communities. Through the app, the community explored the possibilities of the ‘Block Type A’ building system and collaboratively designed their own proposal for an empty plot of land outside KWMC in Knowle West, Bristol.

The custom web-based app is only one part of a platform for people-friendly automated tools that AUAR Labs is developing, with the goal to provide more equitable access to tools of technology and automation to local communities. Throughout the project, local residents were paid a wage to participate in the project, and also became acquainted with AR (Augmented Reality) and VR (Virtual Reality) tools in construction, discrete building systems and robotic assembly, through a series of exercises developed by AUAR Labs, KWMC and McAndrew.

Open until Spring 2021, Block West is hosting a public programme of events and activities around the potential of more participatory ways of using automation in localised housing production, as well as serving as a much-needed outdoors community hub for meetings and youth groups. AUAR Labs is already working on the next step of this project with KWMC and other partners in order to scale up this work and develop community-led housing using automation in the UK. 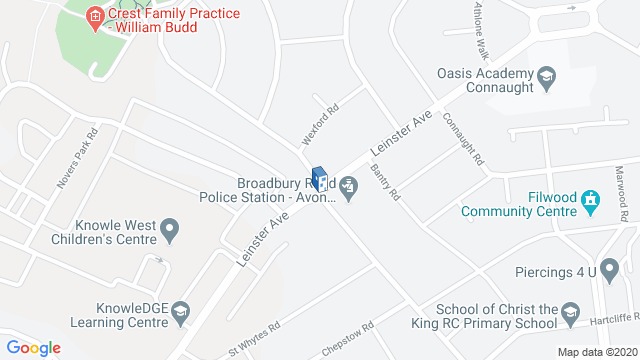 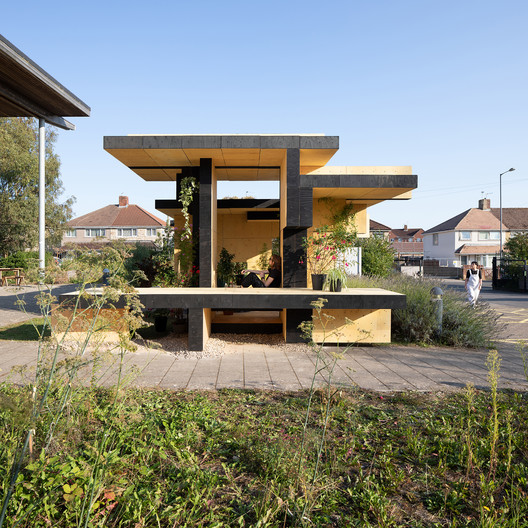