Save
Thumbs up Building / moc architects 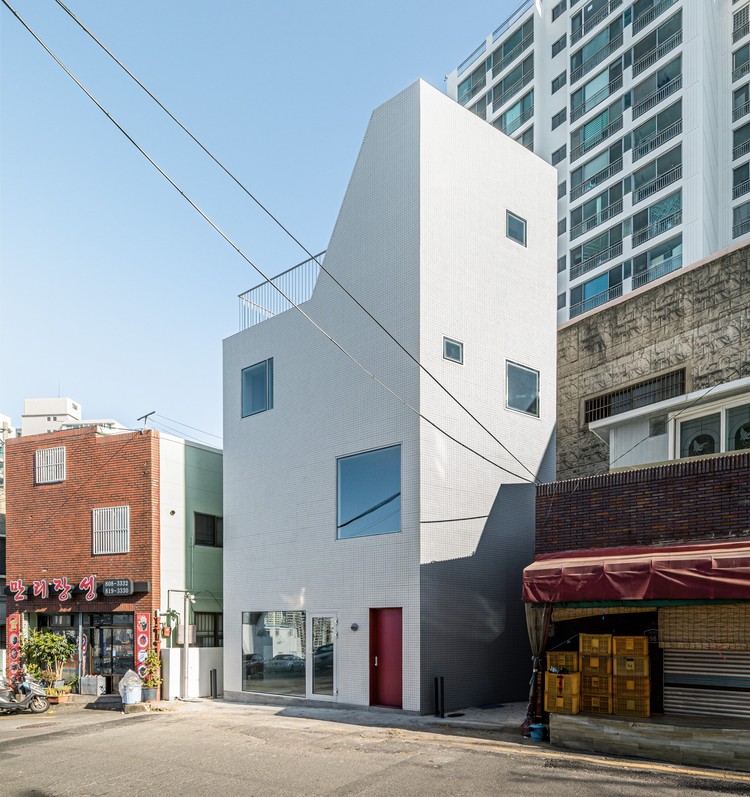 Text description provided by the architects. Since the size of the land is so small and it is a commercial house considering leasing, we chose to add some new changes while solving the given conditions. The first condition was to design at the maximum possible scale. As it was residential area, only 60% of the site area (24 square meters) could be used, and keeping distance more than a certain distance was inevitable in the north direction for the right to sunshine on the neighboring land.

In particular, it is no exaggeration to say that the shape of the building resembling "Thumbs-up" was created by the architectural law, and because it can be constructed vertically up to 9 meters from the ground, the fourth floor, which has to be cut more than half diagonally, was decided to offset the narrow sense of space. Most of the terraced buildings that appear to be on the road are due to this restriction, and we wanted to create a unique appearance and interior space by reflecting the oblique lines of the law in the form.

Normally paint finishes are chosen for external insulation systems to reduce construction costs and insulation efficiency, but unfortunately, many buildings often have problems with paint surfaces contamination or smoothness due to deformation of insulation over time. After reviewing various external materials, it was decided to have a tile finish because it was easy to maintain and matched with a small-sized building.

Most commercial buildings prefer large windows, but we planned the location and size of the windows in consideration of the surrounding houses, especially by installing the windows on the same side as the external tile finish, allowing us to use the interior space a little wider. Tiles that fit perfectly with the size of the window and the smooth side of the glass met to create a small but sophisticated appearance.

The biggest problem was minimizing the stair area on an area about 23 square meters. A typical stair format was chosen because the area occupied was too large. First of all, the floor height was set at 3 meters, so it was not necessary to have the landing, and it was expected that there would not be many users of the building users. In order to reduce the volume of the stairs, the stairs were constructed from 12mm thickness of metal plates instead of concrete castings. The circular staircase of 90 cm radius now may be a little uncomfortable, but it was the best choice to secure space and instead, we hope it can be good to feel the weather outside the window and enjoy ginkgo trees.

The commercial area on the lower floor except for the public area is designed to make the space of about 16.5 square meters seem visually larger. A large window was planned on the front and back of the first floor so that the building's rear view could be seen from the road. It makes you feel much deeper than you see a blocked wall on the street. In addition, a large window was designed to make the most of the space between the houses next door, which had to be separated under the Building Act, on the first floor. The actual indoor area available is about 16.5 square meters, but the rest of the land, except for the building area, was actively utilized so that nearly 33 square meters of space, including the outside, could be used.

The two-story studio with third to fourth floors consists of a living room and kitchen on the third floor and a separate bedroom on the fourth floor. The third floor, the main living space, has a large window on the edge overlooking city without opening a window in front to secure the building and privacy facing it. During the day, you will be able to secure sufficient sunlight, and at night, you will be able to appreciate the sunset sky and the glistening lights of the downtown. Due to the restriction on the diagonal line of the right to direct sunlight, the fourth floor has about 9.9 square meters of space, which is used as a private bedroom separated from the living room, where you can wake up in the morning and open a large window for a refreshing morning on a wide terrace. 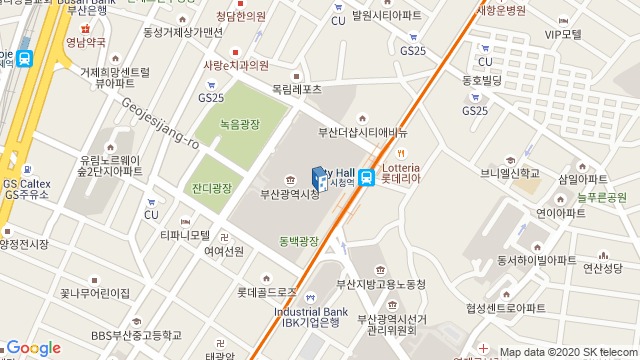