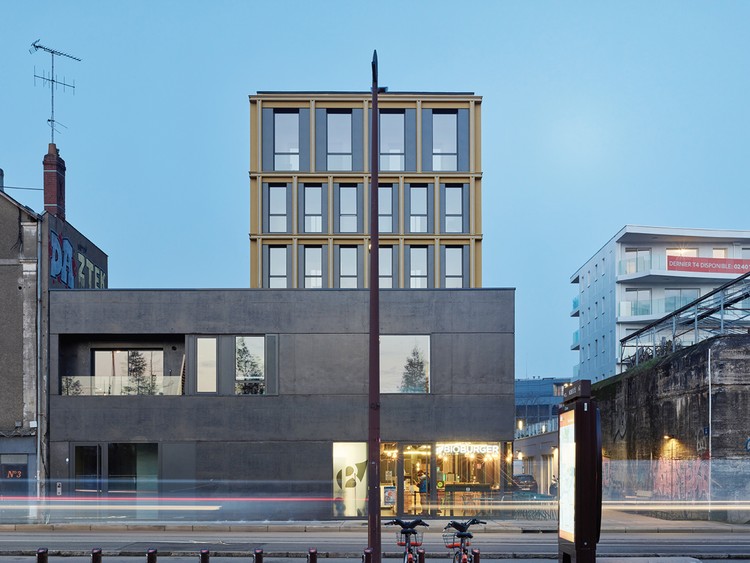 Text description provided by the architects. CONTEXT Indulging in the Sunday pleasure of idleness, a couple observes the effervescence of the Parvis des Nefs. The big elephant leaves the Galerie des Machines. Its gears animate the imposing pachyderm and fascinate young and old. The children are playing. The teens congregate around the benches, and further on, a street fitness session brings together around fifty people.

On the horizon, the merry-go-round of the Mondes Marins and the titanic yellow crane punctuate the landscape with their fascinating curiosity. Vast public spaces with evocative names such as the Jardin des Berges, the Jardin des Voyages, the Esplanade des Traceurs de Coques, the Parc des Chantiers, the Terrasse des Vents make up the panorama of the old shipyards of île de Nantes. Backdrop to this attractive landscape, the Boulevard Léon Bureau is declined in a heterogeneous building, rich in contrasts and surprises.

Small suburban-style houses sit alongside an old blockhaus, large industrial rights-of-way, witnesses of island history, adjoin new operations just emerging from the ground. The voids between the buildings reveal the constructive dynamism of the Creation district which develops in the depths. ISSUES AND APPROACH On the border between the new Creation district and the Parc des Chantiers, Boulevard Léon Bureau occupies a strategic position and develops a skyline made up of horizontality and emergence, symbols of the île de Nantes.

The Hindigo plot, named after the warehouse which still occupies the land, is developing in depth and will offer its little side to Boulevard Léon Bureau, thus allowing it to assert a more marked verticality. Backing onto a suburban house with discreet moldings and slightly deviating from the DY10 blockhaus, a converted vestige of the Second World War, our project will forge a horizontal link between these two iconic constructions and will affirm its difference through a vertical and light emergence. This is where our dual ambition lies, that of creating a strong architecture combined with soft insertion.

A soft insertion by having large terraces planted above the base where families can fully enjoy this sunny site. A soft insertion by shifting the volume high so that it does not appear much in the perspective of the boulevard. A strong architecture by affirming two simple and separate volumes: the base and the emergence. A strong architecture by developing high facades with marked modenature and low smooth and discreet facades. 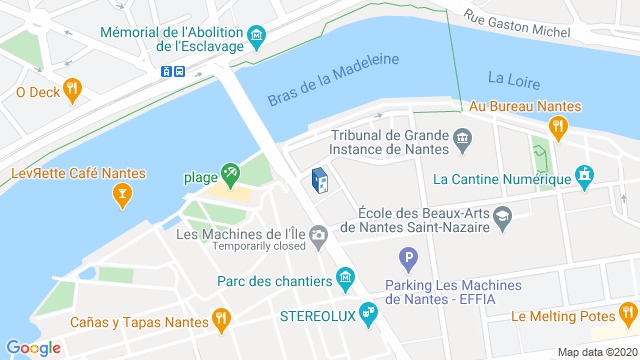 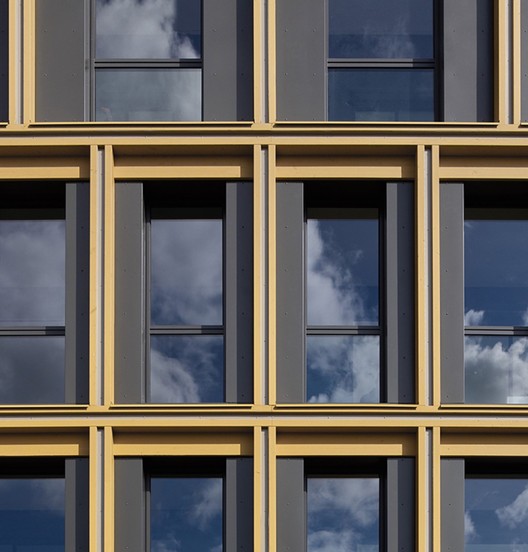 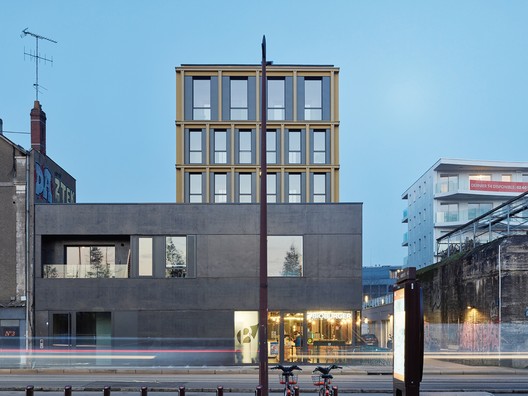