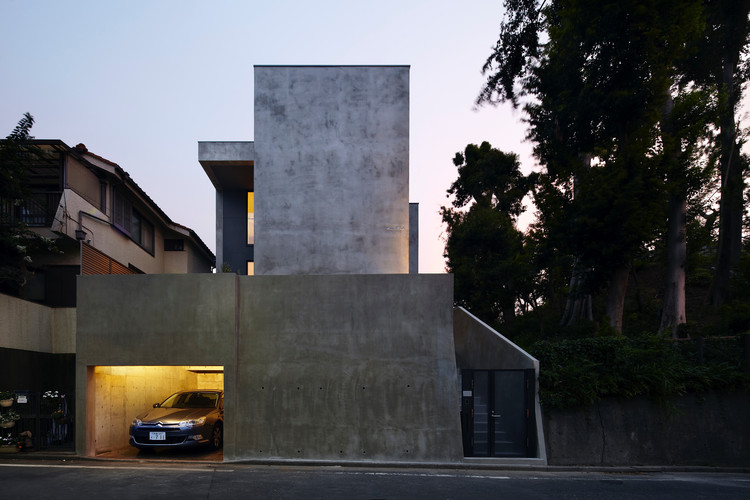 Text description provided by the architects. Area Park Studio is a base in Japan for our friend and renowned Korean photographer Area Park. Park wanted to establish a base for his activities in Japan, the hometown of his wife who is a lacquer artist. After searching for a suitable location, they commissioned us, as Japanese architects, to design the building.

As Park’s photographic works constantly question photography’s role and remind us of what we have forgotten, his studio had to also represent this outlook.

The site was located next to a tree-covered mound called Nakazato Fuji. When Japan was still a “closed” country, faith in Mount Fuji was strong among the commoners, and these kinds of small Fujizukas (manmade mounds representing Mt.Fuji) were often constructed in areas across Edo (old Tokyo). It was perhaps Park’s artistic sensibilities that led him, almost inevitably, to find this sacred site ripe with spirits of the earth that so many Japanese people have long forgotten. A building that would adjoin such a site should be simple and primary, as if it had grown out of the earth.

The client’s demands included an atelier, a gallery, a guest room and spaces for living. The gallery was placed in the center to create a space in which living and creating are well-integrated and flow together. The interior space has only a few doors so that all the spaces are connected both in plan as well as section. This kind of three-dimensional composition connects the gallery −the most important space −to the living, dining and bedroom areas allows it to naturally participate in all aspects of the two artists’ everyday lives. The rooftop terrace has a view of Nakazato Fuji.

The gallery exhibits works not just by the couple themselves but also other young artists. The completed house is a gathering ground for artists, curators and art collectors from across the globe. A small hub of activities, in which art forms the focus of life and connects the region as well as the world, was thus born in a corner of Tokyo. 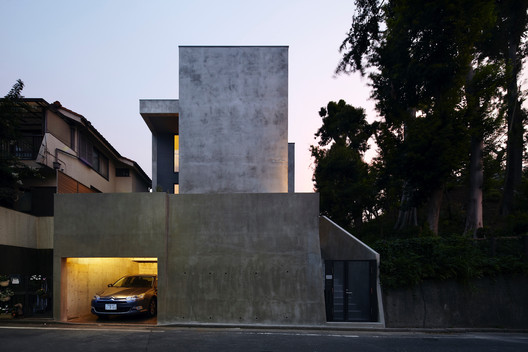