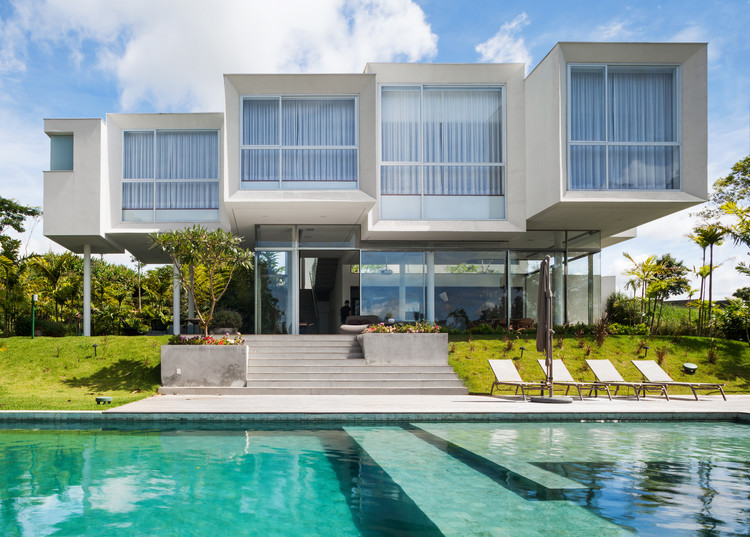 Text description provided by the architects. The awarded architecture firm FGMF Architects, based in São Paulo, signs the design of the Neblina House. This house consists in a composition of volumes that was projected with the sun orientation and also with the gorgeous view of Itatiba’s Valley, in the countryside of São Paulo, Brazil. The amazing views, the necessity of privacy was considered the distance from the street and the desire to integrate the house with gardens were the mainly elements of the volumes conception.

The conception of volumes with different dimensions and heights for the rooms, bathrooms, office, garage and stairs is a formal approach, however the construction shows the programmatic sectorization. These volumes arise sometimes set on the ground, sometimes floating above a large front garden, hiding the social area of the house. A thin concrete structure with cantilever strengthens the program visual approach. The resulting glass living room is visually integrated to a large swimming pool, but far enough to permit insolation along the year.

The service areas were partially hidden in a certain quota with a green roof, being disguised in the landscape and working as a kind of retaining wall. This containment created a plateau hidden from the public view. In this place, a living room was projected as a glass resulting from the upper volumes.

A covered and closed space for leisure, the remaining plastic design, hovering the water mirror and towards this awesome view.