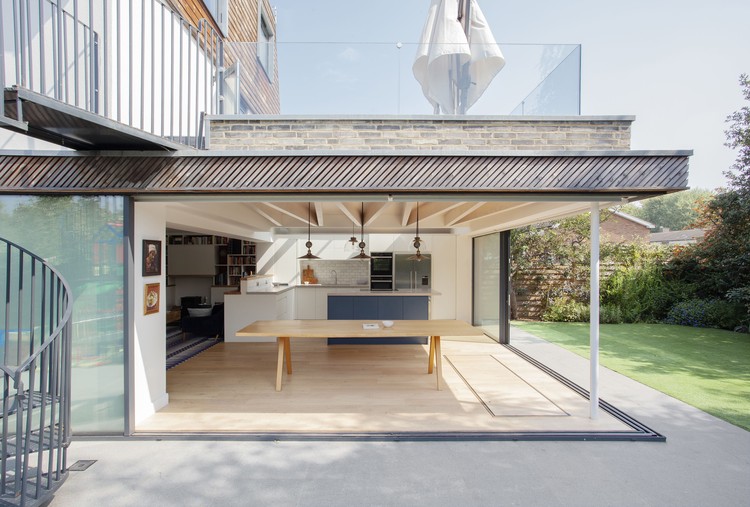 Text description provided by the architects. We wanted to make a light-filled house connected to the garden – and a family home that had space to live and work in. The idea was to place a top-lit stair in the middle of the plan, with a private buffer to one side (to the road), and the living spaces to the other (to the garden). This sandwiched the living spaces between the garden and the circulation zone and made the connection to the outside. The clients had asked about making a terrace adjacent to their bedroom for a morning coffee, and this tied the roof heights of the extension into the existing floor levels.

The existing house had a convoluted set of internal corridors and dark rooms, despite having large elevations facing east, south, and west. As rowers, both clients are very tall (as their children will be in future years) so maximising head height and filling the property with light to preserve the feeling of openness, was an essential part of our aspiration.

The extension was formed in timber kit, with a timber and brick external leaf. The existing house was overclad in a new silicone render system and timber, while the roof was overclad in standing seam zinc.

We relocated the front door to permit a simplification of the circulation zone, and we introduced a lot of internal glazing so that the spaces seem bigger than individual rooms. In the extension, we left the roof structure on display (in this instance, a series kerto glulam roof beams, so that the ceiling height was maximised and to add a little visual delight to the new space. The minimal glazing allows the corner of the house to slide away, connecting the inside seamlessly to the garden. 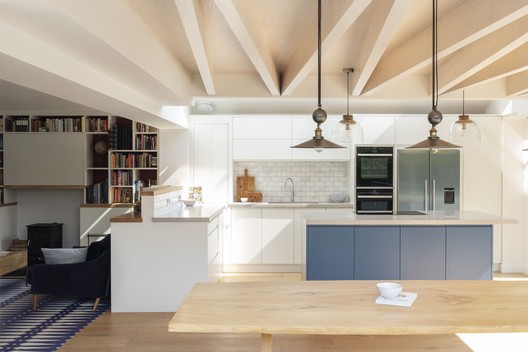 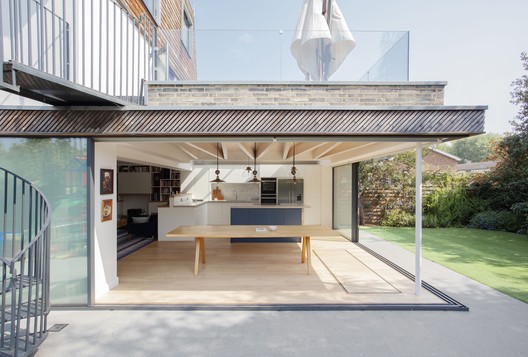