Save
Chinese Opera Base in the Qingyun Hutong / Origin Architect 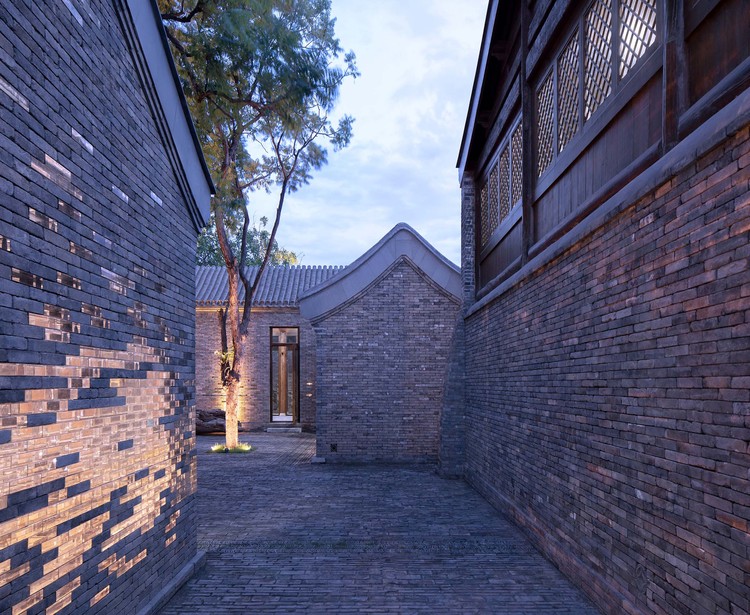 Text description provided by the architects. Spaces, in urban, may be formed overnight, but the soul of the city must not be shaped if it is not deposited, immersed, and chafed for a long period of time.

Origin
Located on the south side of the Forbidden City in Beijing, the Qianmen District has witnessed the rise and fall of the city for centuries. Qingyun Hutong No.23-29 courtyards lie on the eastern area of the Qianmen District, just like a miniature imprint in this grand epic. South courtyard, facing the theater stage of the Pingyao Pigment Hall across the alley, once sheltered Mei Lanfang, a Peking Opera master a hundred years ago. He used to train his voice in the courtyard brewing his unique artistic style. Once being the Guandi Gao Temple, there were abundance of well-structured halls following strict order during the heyday of religion in the Middle Courtyard, and the Hutong streets nearby were all named after it. The North Courtyard was occupied decades ago by an electron tube factory, so called "modern industry", with steel-framed and red-brick-wall.

However, these old buildings and memories are gradually vanishing. In recent decades，after experiencing the era that families lived crowdedly and moved out collectively, the houses in yards are abandoned, collapsed and destroyed. That causes the rapid disappearing of urban texture and cultural memory. And now in the large courtyards, except for a dilapidated house remaining in the South Courtyard, two wing rooms in Guandi Gao Temple, as well as the roof-collapsed run-down factory, the rest have crumbled into dust and disappeared in a pile of rubble. The restoration project aims to restore the city's cultural context, preserve cultural memory and revitalize city and communities through appropriate intervention.

Tiny Hutongs and Successive courtyards
The architect first carried out in-depth archaeological research and analysis of the process of land change. The remaining buildings are protected, the damaged part of the buildings are selected carefully for rebuilding to develop a courtyard group, so that the defective space texture of city can be recognized again. At the same time, a series of "Tiny Hutongs" are introduced into the courtyard by the specially reserved gaps, which are the inward extension of the outer city streets and drive the continuous flow of the inner and outer spaces of the whole courtyard group.

Memory Carrier
Architecture is not only an inorganic substance, but also a living history. During the redevelopment, the historical diversity of real remains has been affirmed and respected, and the conflicts between the damaged and intact, the red brick and gray brick, the factory building and courtyard are all-inclusive and even strengthened. The residual wall left by the Gao Temple is preserved as it was, as a witness to the interchange of history. Some buildings have been reinforced and patched as necessary. The inclined and collapsed walls are supported by terraced brick buttresses, and the old residual columns are butted up and down with new wood to restore their structural strength. The new measures are firmly anchored and grown together with the old members. After archaeological cleaning and excavation of mounds and rubble, several groups of hard fahlunite column bases Mei Lanfang's former residence have been rediscovered and returned to their original places. Other old objects and materials scattered around--old cornerstones, old bricks and tiles--are collected and randomly mixed into the new walls and floors as time fragments.

In the middle of the brick wall of the rebuilt house, a large number of dispersed glass bricks are inserted like clouds, and the existence of the house entity is weakened, which is not only a confession of one's fictional identity, but also a questioning of the reincarnation of being born and destroyed. Several other solid brick walls are penetrated by irregular steel members, keeping the memory metaphor of drilling holes through walls in the compound yard era. A thick trunk that has been dead for many years has been cleared out of the soil from the middle yard and placed on the wall where it was found to witness the coming and going of people in the future together with other still lush trees in the courtyard.

Weathering steel is used as the main intervention material in the factory building, and the air leakage hole on the red brick wall is closed. The internal structure is integrally strengthened by butting the same type of new angle steel with the old beam-column angle steel. New materials and old stuff are scattered in every corner and talking to each other in different ways, silently tell their real times and changes, and weave a touchable memory of time together.

Opera and Culture
Stemmed from the original historical accumulation, this place is defined as a compound of Hutong spaces and opera culture, which pours impetus into the revival of the surrounding communities and cities. Unlike large-scale centralized modern theatres, a series of places for opera creating, rehearsals, performances and salons form small-scale scattered communities, attracting emerging small cultural creative groups.

The old factory on the north side and the attached building of Guandi Gao Temple have been respectively transformed into an opera rehearsal factory and a special little theater. The drama and cultural exchange salon grown on the site of Mei Lanfang's former residence on the south side opens to Sanli River on the south side, bringing riverside scenery and tourists into the interior. Several creative spaces scattered in the middle and continuous internal streets connect all parts. For the purpose to ensure the modern comfortable conditions of various spaces, the park is equipped with various facilities and systems, and the air-conditioning equipment in each room is hidden under the ground or in the wall as required by the conditions.

As the future operation maturing, it is hoped that the new drama and cultural activities will break through the boundaries, spread along the flowing roadway to the depths of Hutong, and be integrated into the deep cultural foundation of the old city of Beijing. 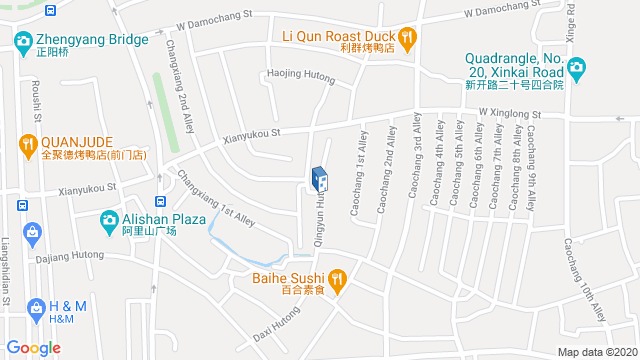 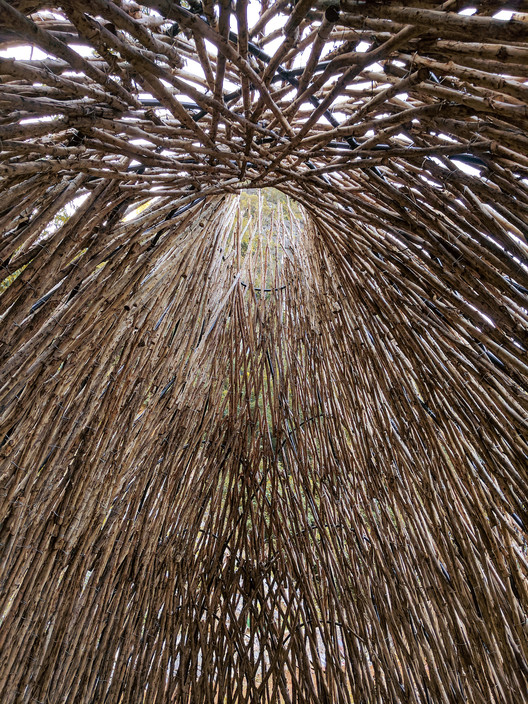 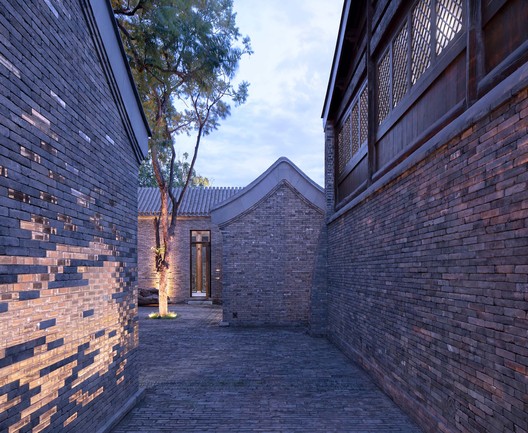