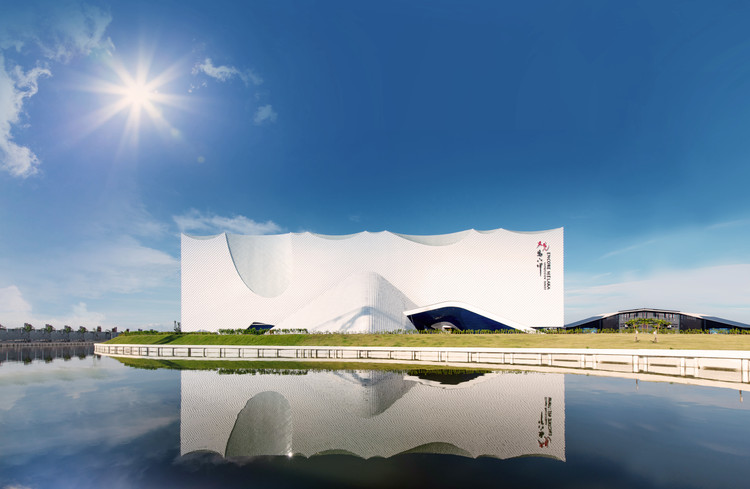 The Straits of Melaka - The 11th of the Impression China series and the first outside of China, Encore Melaka sits majestically along the Straits of Melaka. Boasting a 2,000 pax rotating audience seat and 4 mesmerizing stages, the theatre opened its doors in July 2018. It was the designer’s intention to have an iconic building located next to the Straits of Melaka, as this was an important historical trade route between East and West, and their influence is apparent in the many heritage sites left in Melaka today. The building also signifies the long trade relationship that Malaysia has with China since the 1400s.

Design Concept – the Porcelain trade - The external marine blue walls and the contrasting white façade represents one of the main items traded between China and the Malay Peninsular in the 15th century – Blue & White Porcelain. The white of the Porcelain is represented by the Aluminum Composite Panels, forming a pristine crisp white object by the coast. While the blue accents are evident throughout the building, from the back walls to the interiors. The Aluminum Composite Panels façade is cantilevered 3 meters from the building and creates a protective skin against heavy rain and strong wind from the straits. With its eye-catching parabolic-curved LED panels, the unexpected colors form a pleasant break between the calming white panels.

Entrance and Circulation - Audiences enter the theatre through a fluid pyramid like structure and take the escalator up to 1st Floor. There they will be greeted by a rich blue circular raked seating. The performance combines the 360-degree rotating seat structure with 4 different stages to create an immersive experience for the audiences. One floor below the stage houses the box office, public amenities, administrative office and the mechanical rooms for the stage. The wide internal corridors are naturally ventilated maximizing the constant breeze from the Straits of Melaka. The 2nd and 3rd floor are where the light, stereo and water effect control rooms are located.

The Theatre – an immersive experience - Unlike a conventional proscenium theatre, Encore Melaka’s audience seating is located in the middle of the theatre surrounded by 4 different performance stages (water, kampung scene, 3-tiered platform and a hydraulic platform). The electric powered 2,009 pax rotating audience seat rotates 360 degree in both directions, together with the state-of-the-art audio-visual effect, this creates a 75-minutes immersive experience for theatre goers.

The 360-degree rotating seat structure was constructed and assembled in China, before being disassembled, shipped to Melaka and re-assembled again. The structure and mechanism are patented, as the most significant feature of this mammoth is the silence of its mechanism during operation. The rotation is so smooth and subtle that audiences hardly notice the movement except the scenes on the performance stage changing and moving pass them like a movie reel. 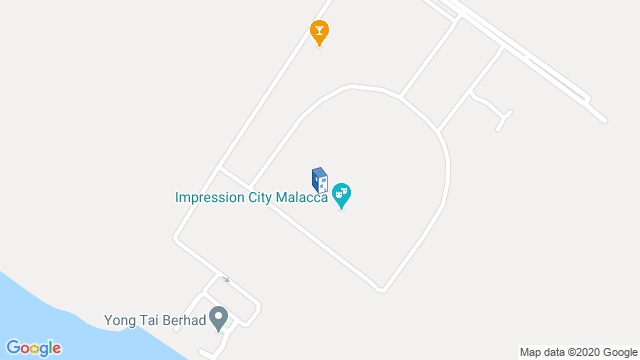